Field Guide to the Bushland of the Lane Cove Valley 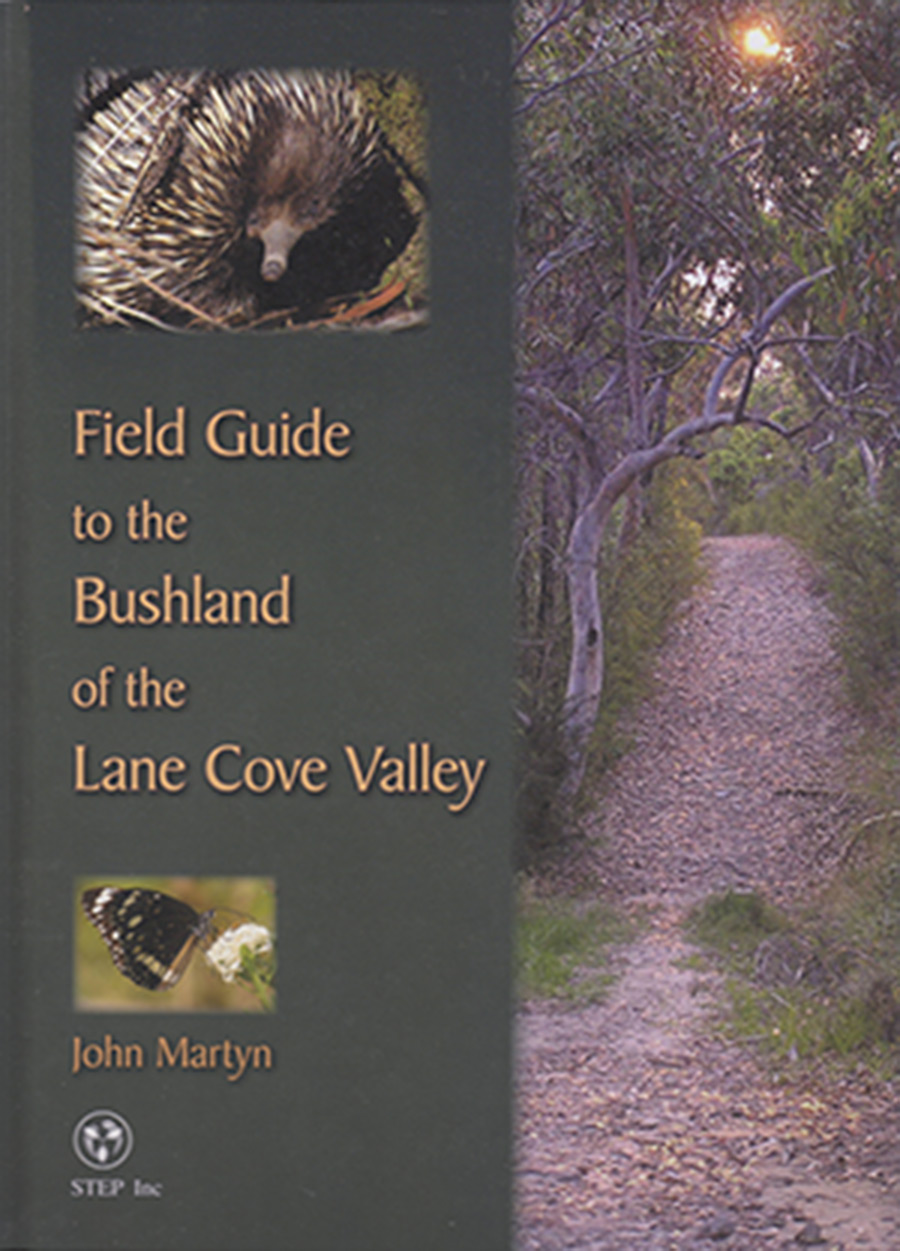 Note 1: To avoid paying postage, contact This email address is being protected from spambots. You need JavaScript enabled to view it. to arrange cash payment and pickup from South Turramurra
Note 2: If you pay using PayPal you don't need a PayPal account
Note 3: STEP members get a 30% discount − activate free family membership at Step 3 and your 30% discount at Step 5 (enter STEPMEMBER into the Coupon Code)

The Field Guide gives a natural history overview of the whole of the Lane Cove catchment. There are chapters on geology, landscape, flora, fauna and the effect of human impact. There are also detailed descriptions of the bushland reserves as a series of cameo descriptions, usually in the form of guided bushwalks. The lengthy database of plant and animal records is for research into status and changes in biodiversity. It is followed by a full index.

It is designed to educate, and also to show that you don’t need to go out and buy a wilderness calendar to glimpse the beauty of the natural world. Just take a walk in your local bushland. It is full of colour photos of the beautiful trees, ferns, flowers, animals and waterfalls that abound in our own local bushland. And the pictures are not just to beautify the book and win converts to the natural world, but to inform, record and assist the reader in identifying those plants and animals.