How did the IPBES Assessment come up with the Figure of a Million Species at Risk of Extinction? 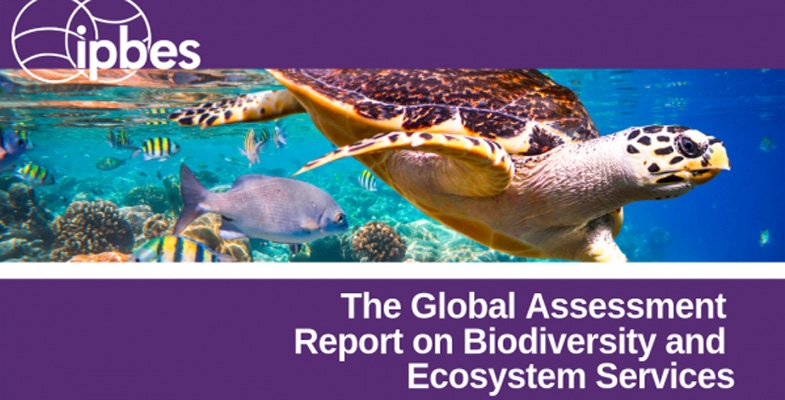 In May 2019 the Intergovernmental Science-Policy Platform on Biodiversity and Ecosystem Services (IPBES) published its global assessment of the state of the earth’s biodiversity and its prospects for change up to 2050. This is the first such report since the landmark Millennium Ecosystem Assessment published in 2005. The IPBES Assessment is the outcome of negotiations by 134 governments using data provided by 500 biodiversity experts from over 50 countries.

The aim of the IPBES Assessment is explained by its chair, Sir Robert Watson:

The loss of species, ecosystems and genetic diversity is already a global and generational threat to human well-being. Protecting the invaluable contributions of nature to people will be the defining challenge of decades to come. Policies, efforts and actions – at every level – will only succeed, however, when based on the best knowledge and evidence. This is what the IPBES Global Assessment provides.

It examines causes of biodiversity and ecosystem change, the implications for people, policy options and likely future pathways over the next three decades if current trends continue, and other scenarios.

My question is how did IPBES work out the number of species existing and at risk of extinction?

How many species are there?

Several different approaches have been used to estimate the actual total number of species on earth. Frankly it is impossible to know the number with any reasonable level of precision. The various methods give a very wide range of answers – from 3 million to over 100 million. Most of the more recent estimates based on thoughtful approaches are in range of 5 to 20 million.

The main point is to understand the relative level of extinction that could take place. We are finding new species all the time. There are frequent reports of excursions into rainforest finding lots of new beetles or other insect species. New species are even being found in our local area, viz Julian’s Hibbertia.

The report uses the results of a study published in 2011 [1]. The study uses data of past records showing how the knowledge of the number of phyla, classes, families, genii and species for each taxa have increased over time. For each level of the description hierarchy (phyla, class, etc) if fewer and fewer new types are being found then it is assumed that we are getting close to finding the final actual number. The method fits a regression line to the asymptotic graph of the known number over time to estimate the point where the line would reach the limit of increases. Then the phyla build into the number of classes and so on. 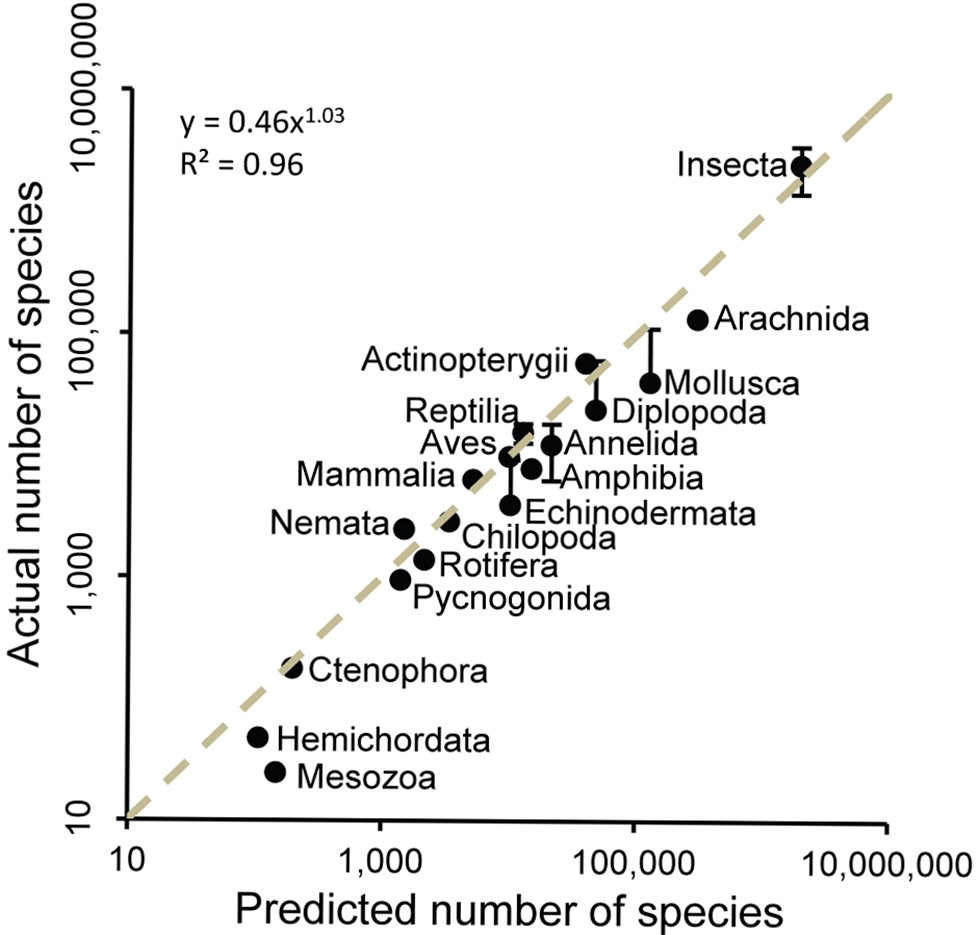 One argument in favour of this method is that species that are yet to be identified are living in small numbers or in niche areas so they are of less significance in terms of total life on the planet.

This approach was validated against well-known taxa such as mammals. When applied to all eukaryote kingdoms the approach predicted:

In total the approach predicted that ∼8.74 million species of eukaryotes exist on earth. Restricting this approach to marine taxa resulted in a prediction of 2.21 million eukaryote species in the world's oceans.

In spite of 250 years of taxonomic classification and over 1.2 million species already catalogued in a central database, the study’s results suggest that some 86% of existing species on earth and 91% of species in the ocean still await description.

How did IPBES derive the million at risk figure?

Species are defined as being at risk of extinction if their numbers are declining to the extent that the population may no longer be viable. They may not become totally extinct for a long time. For example, plants may live for many years but may not be reproducing.

The International Union for Conservation of Nature (IUCN) Red List of Threatened Species’ definitions of vulnerable, endangered and critically endangered are used to encompass the overall concept of being at risk of extinction.

The IUCN Red List is the world's most comprehensive inventory of the global conservation status of plant and animal species. It uses a set of quantitative criteria to evaluate the extinction risk of thousands of species. These criteria are relevant to most species and all regions of the world. With its strong scientific base, the IUCN Red List is recognised as the most authoritative guide to the status of biological diversity.

Currently the IUCN Red List status is that 36% of the 47,677 species assessed are threatened with extinction, which represents:

that have been assessed.

Are the headlines about loss of species meaningful?

Some very broad assumptions have been used in coming up with the figure of 1 million species at risk of extinction over the next few decades. One wonders if this is a meaningful exercise.

Are people going to take more notice of this announcement?

Is there a better way of illustrating the significance of the threat of massive biodiversity loss over the next few decades?

Maybe the percentages quoted earlier mean more, such as 70% of plants and 21% of mammals?

Another factor that may be more significant is the loss of biomass of plants and animals. Recent studies have pointed to the significant decline in biomass of insects. Dr Sanchez-Bayo from Sydney University pointed this out in a recent paper to the journal Biological Conservation [2].

Besides all the important functions that insects play in our ecosystems - such as pollination, or recycling nutrients - they are also an essential element in the food chain that supports life on our planet. When the insects go, the frogs, birds and mammals don't have food.

The IPBES Assessment is mostly devoted to describing the reasons for species decline and what should be done about it. The reasons are not hard to find: exploitation, land clearing, weed and pathogen invasion, climate change.

Currently biodiversity law and policy is inadequate to redress the situation. If we are to halt the continued loss of nature, then the world’s legal, institutional and economic systems must be reformed entirely. And this change needs to happen immediately.

[2] Sánchez-Bayo, F and Wyckhuys, KAG (2019) Worldwide Decline of the Entomofauna: A Review of its Drivers. Biological Conservation 232, 8–27