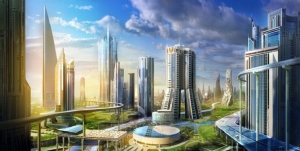 CSIRO Futures released a report in June on Australia’s future in the next 40 years, called Australian National Outlook 2019 (ANO 2019).

The report is the outcome of a collaborative project that took two years involving more than 50 leaders from over 20 organisations across industry, non-profit and university sectors, including the National Australia Bank, Shell, Australian Red Cross, Monash University, the Grattan Institute and the Wentworth Group of Concerned Scientists. ANO 2019 uses CSIRO’s integrated modelling framework to project economic, environmental and social outcomes to 2060 under two scenarios in the context of responses to six identified future challenges. The challenges are:

The report concludes that if we resist the changes needed to meet the challenges, essentially business as usual, the outcome is described as the Slow Decline. The alternative scenario of bold action is called Outlook Vision.

In brief some of the environmental outcomes of the two scenarios are summarised in Table 1.

Here is some context to the projections in the assumptions that have been made.

The report had to model a lot of information but the major factor has been taken as a given. They have assumed that population growth will continue on the current high path. Population will be 41 million by 2060 with Sydney and Melbourne growing to 8 or 9 million people and Brisbane and Perth growing to 4 or 5 million. That is an extra 16 million people in 40 years. Our population in 1980 was about 14.5 million. So by comparison the increase in the past 40 years was about 11 million. CSIRO expects this growth to be accommodated within our finite land and ecosystems.

It is very sad that no mainstream organisation is willing to publicly countenance a reduction in population growth and demonstrate the implications this will have for our future.

Very little detail is provided about the costs of maintaining an adequate urban water supply for the burgeoning population. It seems the assumption is made that sufficient desalination can be installed. The cost of this is incorporated in the infrastructure costs of catering for the growth in population.

This is what they say about the implications of climate change under the two scenarios (from https://agupubs.onlinelibrary.wiley.com/doi/full/10.1029/2018EF000922).

There is a lot of detail in the modelling of the implications of climate change in the two scenarios. The quotation above gives a scale to the importance of reducing greenhouse gas emissions.

Land Use and Biodiversity

Taking into account climate change and the need to maintain agricultural exports and feed our own population very radical change is envisaged under the Outlook Vision scenario. There is a strong message about the necessity to end the trend of rural land degradation and to restore ecosystems. Productivity improvements through plant genomics and digital agricultural mapping technology will not be enough. The statements about ecosystem health are significant in the context of the current federal and state governments’ attitudes towards exploiting the environment. Here are a few quotes from the report:

… the high agricultural productivity rates necessary for the Outlook Vision outcomes will not be possible without sustaining broader ecosystem health, particularly in the face of effects associated with a changing climate.

… agriculture not only affects the environment but is also highly dependent on the quality of natural assets and the ecosystem services they provide for its productivity and profitability.

The report highlights the negative trajectory of soil health that has resulted from intensive agriculture on fragile soils. Several aspects of current soil health will limit productivity, particularly long-term erosion, acidification, low carbon levels, soil compaction and soil nutrient decline. The risk of erosion increases with an increasing frequency of droughts and lower groundcover. Ecosystem and land management practices must turn around the deterioration of soil health.

Agriculture is also dependant on access to a reliable supply of clean water, pollination services and shade and shelter provided through native vegetation. Land degradation needs to be halted and, where possible, remediated to ensure the long-term viability of agriculture.

New forms of investment that provide financial support for carbon farming are recommended as a means of providing a return to landowners for the benefits of improving ecosystem services.

Under Outlook Vision carbon sequestration will play an essential part. By 2060, up to 30 million hectares – or roughly half of Australia’s marginal land within more intensively farmed areas – could be profitably transitioned to carbon plantings, which would increase returns to landholders and offset emissions from other sectors. The success of this scenario depends on increases in productivity so that less land is needed to produce the required food. Table 2 shows the potential sources of change from the current annual emissions of greenhouse gases of 532 million tonnes under the Outlook Vision scenario. 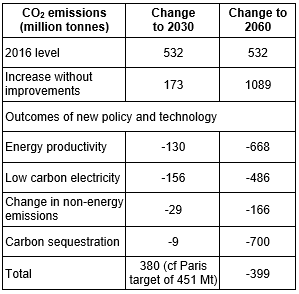 In theory there could be an excess of carbon sequestration that could be sold on the international carbon market. However it would be more prudent to keep this stored carbon as a buffer against bushfire and other risks.

Out of the 30 million hectares 11–20 Mha is defined as environmental plantings rather than direct carbon forestry (i.e. native–endemic mixed environmental plantings that provide the most suitable habitat for biodiversity). This will build resilience against future climate change. This translates to between 12 and 24% of intensive agricultural land (or between 32 and 42% of the total land area used for carbon forestry). The overall transition of land use is shown in Figure 1.

The wide range of returns to landowners of $42 to 84 billion in Table 1 is indicative of the complex interplay between the impacts of climate on modelled agricultural production and tree growth, among other factors. The modelling results show that additional income from other land use change can more than offset any reductions in agricultural production due, in part, to the fact that agricultural production will be concentrated on more productive land, with less productive land transitioned to other uses. However the returns to landowners are affected by carbon prices that will be dependent of the level of global cooperation in reducing emissions. 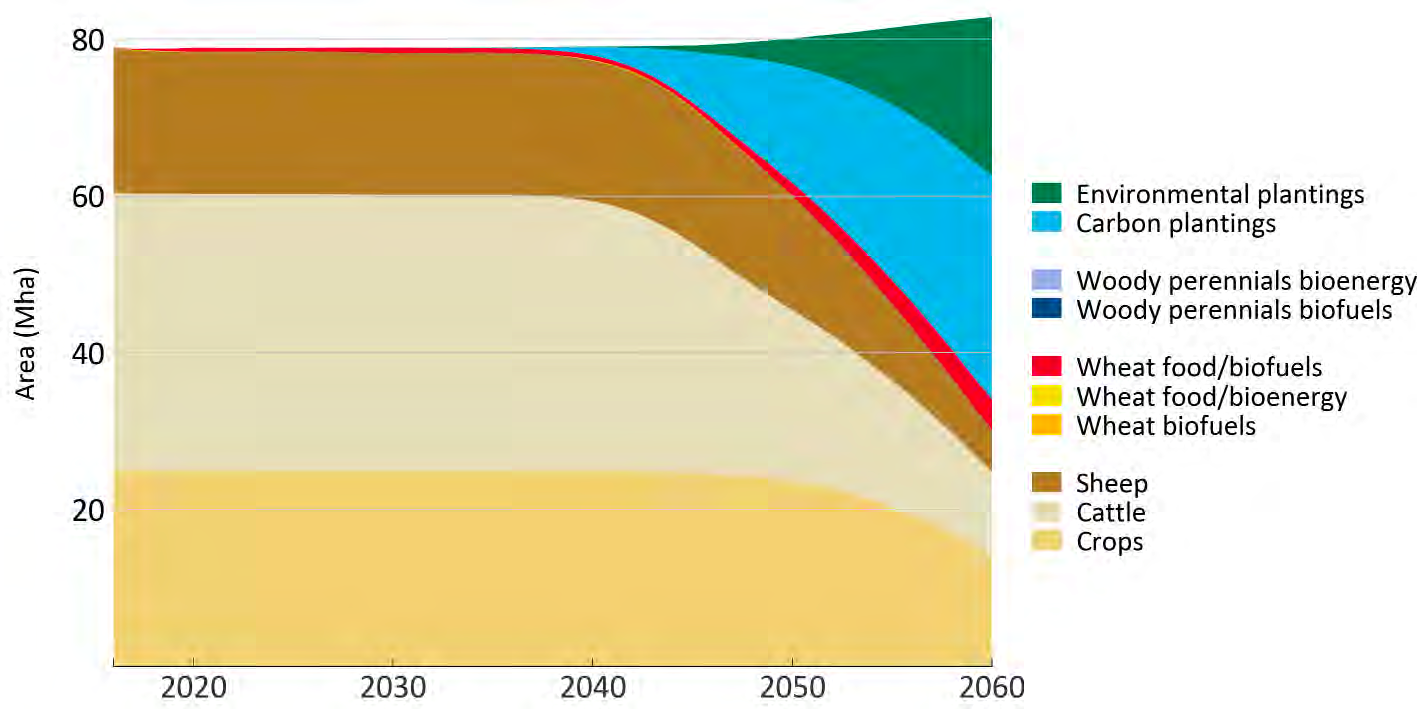 Carbon and environmental plantings on this scale are a significant land use shift, and so require careful planning, consultation and engagement with the community, particularly regional communities. Such considerations will include protecting prime agricultural land for food and fibre production and avoiding adverse effects on water supplies.

CSIRO has produced several of these big picture reports before:

Where are they now?

The Morrison government has been re-elected despite having a very limited set of policies for change. We need a government with a long-term vision and a willingness to explain convincingly the reasons for change. We should be able to reach a consensus despite there being some losers as well as winners.