Talk: Club and Coral Fungi in the Lane Cove Valley 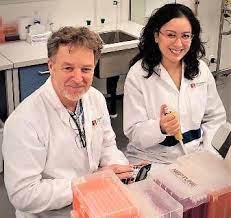 Registration recommended but not essential

Michael Gillings and Vanessa McPherson will talk about the diversity, distribution and DNA of club and coral fungi in the Lane Cove Valley.

Michael Gillings is in the Department of Biological Sciences at Macquarie University, where he is Professor of Molecular Evolution. In general, his interests focus on genetic diversity and its role in evolution. This allows an eclectic research program, with papers on viruses, bacteria, fungi, diatoms, green algae, invertebrates, plants, sharks, and mammals in the last five years.

We are no longer accepting registration for this event