Which Urban Trees can Survive a Changing Climate? 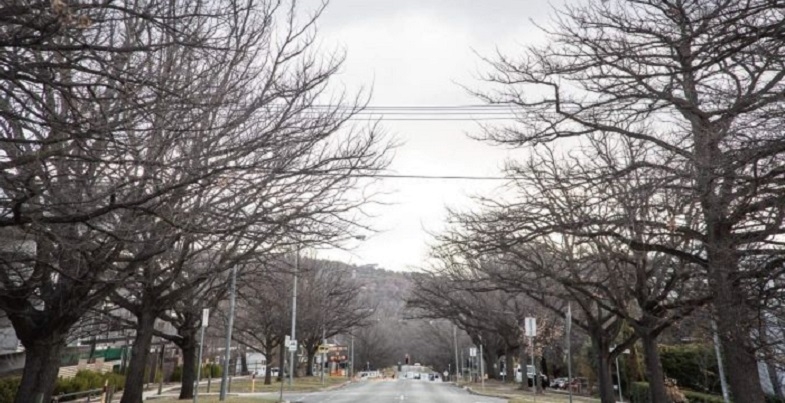 There is lots of research demonstrating the benefits of trees in urban areas. Not only do they camouflage the grey asphalt and concrete of roads and footpaths, they can reduce temperatures and the need for air conditioning in buildings. They also improve the microclimate by retaining moisture in the air and soil and they encourage residents to get out into the community and enjoy beautiful shaded areas.

Tree planting is an effective and efficient way to adapt to climate change. However as climate change leads to higher temperatures and more variable and lower rainfall we need to consider how the popular trees used in urban areas will respond to the changes.

Different species have different levels of tolerance of heat, lack of water and other threats posed by climate change.

Research teams from Macquarie University (including former STEP president Prof Michelle Leishman) and Western Sydney University, have embarked on a project called Which Plant Where. The project is supported by Hort Innovation Australia, the Department of Planning, Industry and Environment and the Australian government. Their mission is to find the best plant species for urban landscapes that will be resilient to climate change.

The project works with the nursery industry to gather evidence on species’ resilience to extreme heat and drought by testing plants to their limits in research glasshouses. This work will inform plant growers and nurseries on how to adapt their business, by identifying the new challenges posed by climate change, as well as selecting diverse ranges of climate-ready species. They advise landscape architects, designers and urban planners about not only the best planting choices, but also how to increase the biodiversity of our cities.

We need to know how our current tree canopy will be affected as well as plan new plantings.

Some of the most commonly planted trees are unlikely to survive. Conversely, in some cooler climate areas, such as Orange, the number of suitable species may increase. These impacts will progressively worsen as climate change intensifies. A proactive approach is needed to identify new climate-ready species and plantings. Tree species growing in warmer cities are more likely to be affected than those in cooler cities. Some species, such as the golden wattle (Acacia longifolia) or the prickly paperbark (Melaleuca styphelioides) might not make it in northern cities unless we invest precious resources – such as water – to maintain these civic assets. Other species, such as the native frangipani (Hymenosporum flavum) or the tuckeroo (Cupaniopsis anacardioides) will likely become more suitable for planting in southern cities.

Australian cities are blessed with a higher diversity of tree species compared to other cities globally. However, the 30 most commonly planted species make up more than half of Australia’s urban forests. This poses a great risk for our cities. If we were to lose one or two of these common species, the impact on our urban tree cover would be immense. Trees are a long-term investment that will be affected by the very factors that they are meant to mitigate. Consequently, our best insurance is to increase the diversity of our trees.

The study highlights the need for more research:

The NSW government announced a plan in February to plant five million trees in Greater Sydney by 2030. They are counting trees planted in streets, parks, backyards, neighbourhoods and schools with an objective of increasing the tree canopy from 16.8% to 40%. Councils can apply for grants for tree planting projects. Individuals can register the trees they plant.