The Rakali: Don't Blink or You'll Miss It 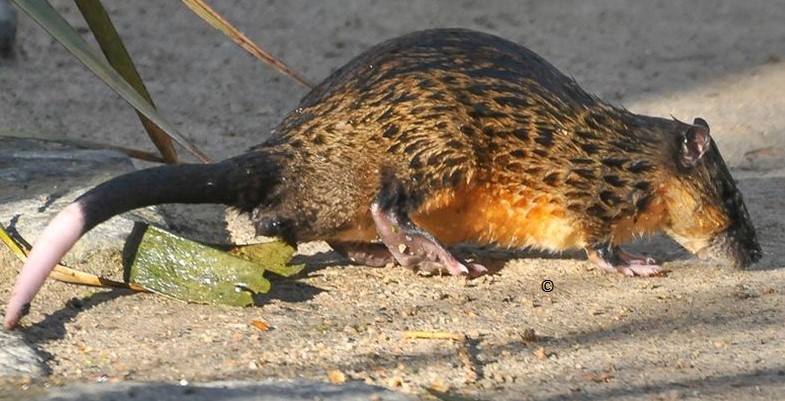 Many of you will know the Empire Marina at Bobbin Head, and if you have young kids or grandkids, buying a little bag of chook pellets for them to feed the schools of hungry yellowfin bream that swarm near the cafe. Well, a couple of weeks ago I was wandering back to the car around 1:50 pm following a bushwalk and coffee, scanning the water for life, when a strange ‘fish’ caught my eye. It was swimming rapidly underwater, sweeping and turning in S shapes, and immediately I saw it wasn't a fish at all but a furry animal with a tail, and about the same size as a ringtail possum. It was all too quick for a photograph and it disappeared into an underwater hole in the rocky bank (it was high tide). 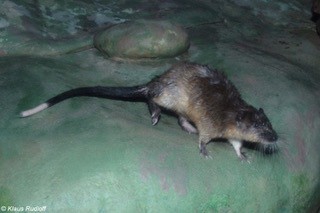 Well, it was a rakali, or golden-bellied water rat: (binomial Hydromys (water mouse) chrysogaster (golden belly)) and it's an Australian native rodent. Indigenous people on the Murray called them ‘rakali’, and that name is probably preferable to water rat because they are rather different to the European water rat or water vole which I remember well from childhood. They also differ from the North American muskrat, though comparable in size, being up to 60 to 70 cm long including the tail, which is furry and with a white tip like a ringtail. They weigh up to 0.8 to1 kg, about the same as a ringtail. The feet are partially webbed which is why they can be seen to ‘swim like a fish’. In fact in habit and diet they are more like a small otter, feeding on crustaceans, shellfish and small fish. They also share some habits and habitat with platypuses, and the best information link for them is the Australian Platypus Conservancy.

So, where do they occur? All round Australia actually, and PNG too. Where locally? Well a good source of information has been naturalist Jayden Walsh who has seen them at several localities, notably Warriewood Wetlands, Irrawong Reserve, Gledhill Falls on McCarrs Creek and South Curl Curl rockpool (yes, they're OK in salt water).

Do they occur in the Lane Cove catchment? Probably: I'm not aware of recent sightings but Jennifer Schwarz in her mammals chapter in the Field Guide mentions sightings, and they are so widespread but also so secretive they are almost certainly present.

Was that distant splash in the creek actually a water dragon? Or maybe ... !

We thank John Martyn for this interesting sighting.