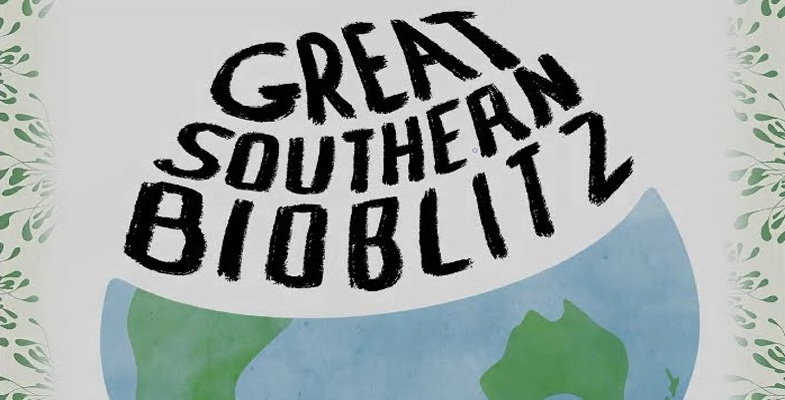 In April this year an international citizen science bioblitz event was held. Volunteers from all over the world recorded flora and fauna sightings from their neighbourhood in the City Nature Challenge. This event was organised from the USA so the timing was set for the spring in the northern hemisphere.

But the peak time for nature in the southern hemisphere is spring. So the Australian organisers of the City Nature Challenge are coordinating a Great Southern BioBlitz, or GSB for short, from 25 to 28 September. Countries in the Southern Hemisphere have now joined in. There will be an international period of intense biological surveying in an attempt to record all the living species within several designated areas across the Southern Hemisphere in spring.

The GSB will run through the online citizen science platform iNaturalist. All you need to do is download the iNaturalist AU app and start observing. Recordings are made by uploading photos or sound recordings. It is also possible to record observations via your computer.

Projects for many areas are being created using the platform. The purpose of area projects is to gather separate data of the numbers of observations and species for different locations. A project has already been set up for the Greater Sydney region. You don’t need to record your sightings under this region. This will happen automatically when you record observations with their geographical location.

Tweet
Published in STEP Matters 207
Tagged under
back to top