Life in the Tree Tops 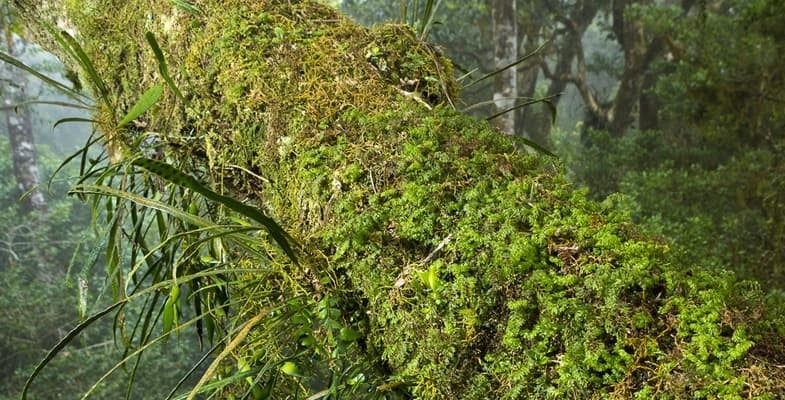 Staghorn ferns belong to a group of tree-dwelling plants known as epiphytes. Tree canopies are a challenging environment for plants to grow. Without access to soil, epiphytes are regularly exposed to severe water and nutrient stress.

Epiphytes have evolved several ways to mediate the lack of access to water and nutrients. Bromeliads grow cup-shaped leaves, while orchids have specialised root tissues. But staghorn ferns have developed a colony lifestyle to overcome the problem.

Staghorn ferns can be bought at many garden stores and will grow like any other pot plant. But in the wild on Lord Howe Island, we discovered individual plants collaborate, specialising in different tasks in the construction of the communal water and nutrient store, often at the cost of their own reproduction — just like social insects.

This radically changes our understanding of biological complexity. It suggests major evolutionary transitions towards eusociality can occur in both plants and animals. Plants and beehives aren’t as different as they might seem.

For decades, scientists interested in eusociality argued for a strict definition — many felt the term should be reserved for only a select group of highly co-operative insects.

This perspective led to widespread scepticism about its occurrence in the natural world. Perhaps this is why it was overlooked for so long in one of horticulture’s most popular pot plants.

Another example is the transition from unspecialised bacterial (prokaryotic) cells to cells with an enclosed nucleus and specialised organelles that perform particular functions, known as eukaryotic cells.

Co-operation underpins the evolutionary origins of organelles — they likely evolved from free-living ancestors that gave up their independence to live safely within the walls of another cell.

There are eight commonly recognised major evolutionary transitions — and eusociality is the most recent. Eusocial animals differ from others in three fundamental ways:

Our observations over the past two years on Lord Howe Island found staghorn ferns meet these criteria.

Our ongoing research will determine the staghorn’s position along this continuum of eusociality. But, for now, we know plants and animals share a similar evolutionary pathway towards greater biological complexity.