Some local AIS sites and the story of Hal 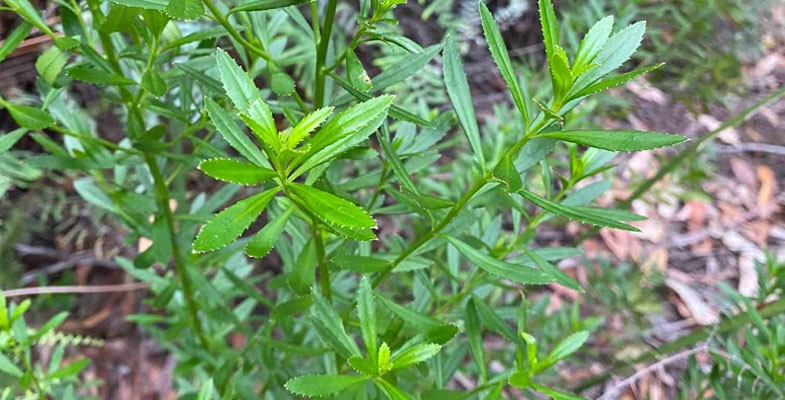 It is interesting to note that there are some local asset of intergenerational significance (AIS) sites protecting an unusual plant, Haloragodendron lucasii. There are four sites, one in Garigal National Park below Barra Brui Oval and three totalling about 300 ha in Ku-ring-gai Chase National Park in North Turramurra and St Ives. It is classified as endangered under both NSW and federal conservation legislation.

The Australian Plant Society reveals that H. lucasii was:

First recorded near ‘Gordon in a wild gully’ in 1908, five specimens of H. lucasii were held in the National Herbarium of NSW. The last specimen was collected in 1926, and following subsequent unsuccessful searches, the species was presumed extinct. That is until 1986 when the species was rediscovered at St Ives.

The rediscovered population was spread over a distance of at least 150 m along a terrace below the cliff line, and appeared to comprise several hundred plants growing among and out of a tangle of Gleichenia and Bauera. However, it was determined that the rediscovered population comprised only two plants. The first plant covered an area of 20 m2, with its underground stems giving the appearance of many separate plants. The second plant was even larger, spreading some 120 m along the terrace, but was discontinuous probably due to the effect of bushfires and the surrounding vegetation. It was, however, found to be a single individual or clone. More remarkable was that the plants were estimated to be 400 to 500 years old.

It was also established that the plants were sterile (i.e. produced no pollen). It was speculated that here was a remnant plant from an earlier era bound for extinction in the short term.

A further discovery effort was undertaken in 1997 by the NPWS, an ANU PhD student and Ku-ring-gai Council plus community volunteers. The story is told in this paper.

Over two flowering seasons three new populations of ‘Hal’ were found containing up to seven individuals. This doubled the number of known populations and genetic individuals. Still no fruit or seedlings were found so the verdict of sterility remains. 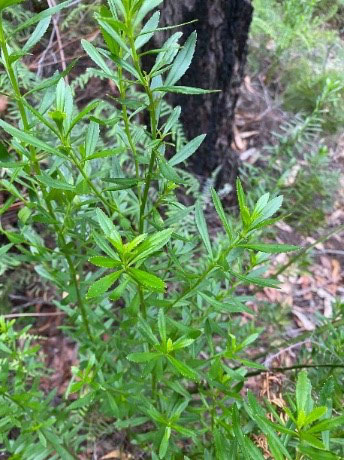 John Martyn has recently been on the hunt to spot these plants in North Turramurra. He described the ones he found as a maze of underground stems or runners that put up a small forest of suckers to around waist height. Its normal setting is below sandstone benches or drop-offs where it seems to like the runoff moisture.

But interestingly, at the site off the Bobbin Head trail there are three distinct sucker clusters that seem to me too far apart for an underground link. One is slightly downstream on a tiny creek line as if seeds (do they exist?) had washed down.

It seems there is more information to be discovered.