Feeling adrift in a sea of false hope 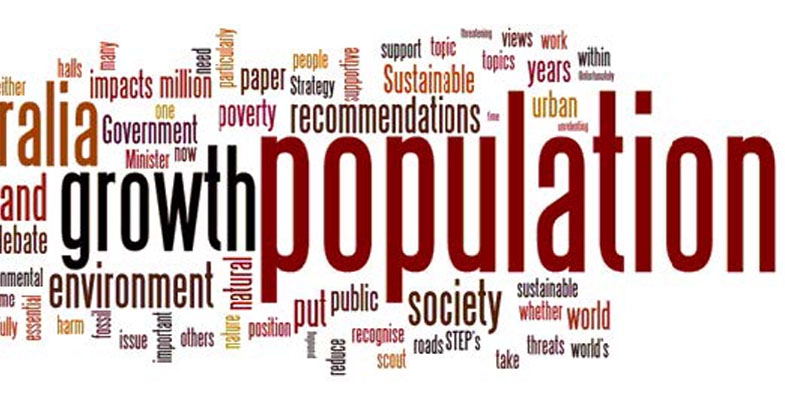 A couple of months ago, I sat in on an Australian Conservation Foundation (ACF) event via Zoom for its donors and supporters that promoted its latest climate change campaign. As a long-serving councillor and former vice president of ACF, I was interested to hear about their campaign plans, which they explained are based on a poll of 15,000 people who indicated a desire for firm action on climate change. However, at the end of it, I felt isolated and alone. I felt I had moved on in my thinking, while ACF has not.

The presentations by senior ACF staff were earnest and uplifting and the comments posted in response were enthusiastic and supportive. But I felt myself estranged from the event. I found myself recalling how often, over my 30 years of enthusiastic involvement with ACF, I had felt uplifted and inspired by the same style of presentations by ACF’s key personnel. Now, not so and it felt a bit like having lost a faith.

So, what has changed for me as ACF barrels along in its customary manner? It comes down to a realisation that ACF, and environmentalism more generally, is stuck with talking about the symptoms of the environmental crisis, while ignoring the underlying causes. It is also locked into a largely fruitless campaign mode that is focused on targeting marginal seats in each Federal election. This has been its style since I joined its council in the 1980s and it remains a deeply entrenched, culturally embedded modus operandi.

The ACF people are intelligent, well-meant and deeply committed environmentalists, and for that they have my great respect. But they, and seemingly their supporters and donors who joined in this event, now appear to me to be tunnel-visioned and misguided in their fervour. First, and foremost, there is the assumption that climate change is the major existential threat that ACF and the wider environmental movement must address. It is their highest priority. And second, there is the additional assumption that this threat can be averted through a political campaign focussed on key marginal seats that will somehow bring about a radically different response. I hear myself thinking, ‘same old, same old’, looking back over forty years of ACF campaigning strategy. When will the penny drop that this is a fruitless strategy?

I could have submitted a comment to the event along the following lines:

When will ACF connect its climate change and biodiversity work to a deeper sustainability agenda that encompasses population growth, consumption, economic growth and technology – the underlying drivers of imminent collapse?

That would have been a real ‘party pooper’ contribution that I am sure would not have been welcomed by the ACF organisers on the night. It probably also would have been dismissed as inappropriate or irrelevant by most of the supporters and donors participating in the event.

The reality is that these deeper and more complex issues have been either ignored or dismissed by most ACF staff for much of its existence. This is despite the efforts of a number of its elected councillors and former Presidents over many years (ranging from Sir Garfield Barwick in the early 1970s to Emeritus Professor Ian Lowe more recently), to draw attention to them. The focus within ACF staff remains on an agenda dominated by the twin environmental pillars of climate change and biodiversity. But it would be unfair to level this criticism only at ACF. The environmental movement more generally, both here in Australia and in most other Western countries overseas, has largely displayed the same myopia in framing their campaigning and advocacy efforts.

As to the reasons for this behaviour, a fellow ex-ACF councillor, Jonathan Miller, offered me recently the following salient observations:

Reinforcing the first of these points, the US founder of the Post Carbon Institute, Richard Heinberg, has offered the following observation about environmentalists more generally in a recent blog (The Only Long-Range Solution to Climate Change, Museletter #343 September 2021):

It’s understandable why most environmentalists frame global warming the way they do (by targeting the fossil fuel industry). It makes solutions seem easier to achieve. But if we’re just soothing ourselves while failing to actually stave off disaster, or even to understand our problems, what’s the point?

This succinctly echoes exactly where my own thoughts have arrived at after over 40 years of involvement with environmental law and environmentalism. I have come to believe that:

On the latter score, the efforts by ACF and other ENGO’s to scramble for the crumbs falling from the table at each, successive federal election, seem both flawed and largely fruitless. Over the years, even though ACF does not directly support any political party, it has often engaged in targeting marginal seats where the ALP may have a chance of defeating the Coalition. The relationship with the Australian Greens has remained strained. And, after watching on ABC TV this week the first episode of the series, Big Deal, which laid bare the lack of any safeguards with respect to corporate political donations, it is clear where the most powerful influences on federal politics come from.

So, this is why I am left feeling alone and isolated. Where are the voices to raise the larger sustainability agenda? What is the point of environmentalism, however well-intentioned, if it proceeds in almost deliberate disregard of this larger agenda? How can this agenda be pursued when those most likely to support it do not, or are not willing to, recognise it? And what is the point of trying to engage with the current, corrupt political system in which a large proportion of Australian citizens have lost all confidence?

My response to these questions, perhaps surprisingly, remains hopeful. There are many voices emerging globally in support of a deeper sustainability agenda, including some luminaries in Australia. Environmentalism has been a meritorious movement over the past fifty years but it now must be seen as one that is limited in its vision and incapable of promoting a deeper sustainability agenda. This agenda must and will emerge from other sources and directions. And the goal must be to promote this agenda through radical social, economic and political reforms – these will be the pathways of the transition to a sustainable future that embodies ecological resilience and a human civilisation that is living within its means.

To develop these ideas further, I am engaged currently in writing a book entitled The Great Transition: From the Anthropocene to the Ecolocene which I hope to get published in about eighteen months from now.

This article is reproduced with permission. It was published in the Sustainable Population Australia newsletter, issue #145, November 2021. It was written by Rob Fowler, Adjunct Professor at the School of Law, University of Adelaide. He was a vice-president of the ACF from 2008 to 2015.