Book review: Finding the mother tree: Uncovering the wisdom and intelligence of the forest 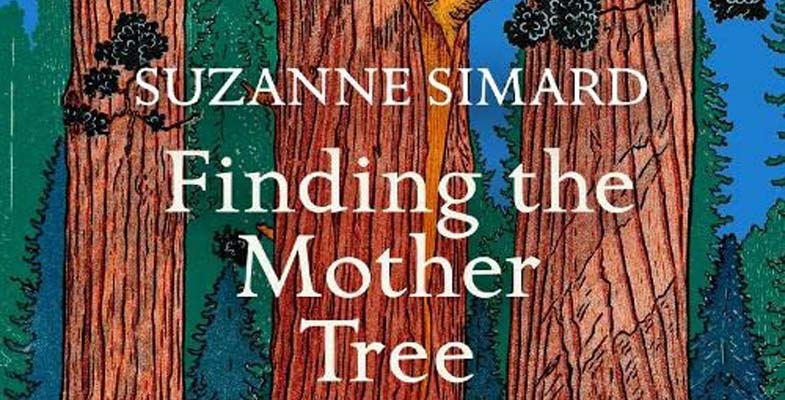 It's difficult to write a simple review of this book because it works at several different levels. But first of all, it's superb. It possibly has had more personal effect than any other I've read in the past few years.

Initially a British Columbia (BC) forest service employee, Suzanne Simard's observations didn’t tally with current forestry practises and this triggered her curiosity that led to her innovative research on forests and their trees

Ultimately its publication led to the coining of the term ‘wood wide web’ as she explored the way trees exchange nutrients and information via extensive fungal threads linking root systems, between mature parent ‘mother trees’ and their saplings but also linking totally unrelated species like birch and pines.

In this she soon came up against the entrenched government ‘free to grow’ policy which invoked the clearing of land of everything that might compete with commercial timber species. However her work, including measuring the movement of carbon and nitrogen isotopes, clearly showed this is not only unnecessary and costly but often strongly deleterious. It strongly supported the conclusion that healthier more productive forests resulted from keeping natural plant and animal communities as intact as possible.

On another level this book is autobiographical, and written by someone who was raised as the child of a forestry family in the Monashee Mountains of BC (between Kamloops and Banff) who grew up close to wild, forested country and absorbed much in the ways of people and animals in her home territory. One can very much read and enjoy this well written book at that level, and feel for all her conflicts, overcoming fear of public speaking, clashes with institutional practise and established scientific beliefs, family tragedies, and her own battle with cancer.

But there's yet another level too: much of the outcome of her research accords with long held beliefs by First Nations people that forests are a living, interactive, whole systems that communicate beneath the soil in mutually supportive ways. Such beliefs submitted for publication of course would not be accepted by any scientific journal, however her meticulous and patient supportive work most definitely has been, many, many times – she's now Professor of Forest Ecology at the University of BC.

And how does all this translate to our local forests? Do blue gums liaise with and feed and support their babies? Angophoras and turpentines often grow side by side, even touching one another, so do they also fungi-talk to each other through their roots? And what is the story now with ‘free to grow’ style clear felling? When we first set up home in Perth in the 1970s, WA's karri forests were managed on a ‘mother tree’ style basis (though I don’t remember if they used that term) leaving the biggest, healthiest trees intact to propagate for the future.