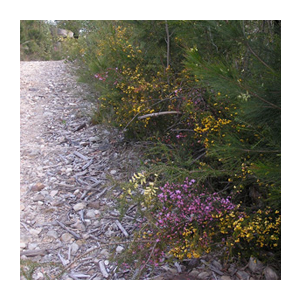 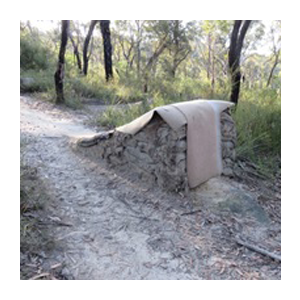 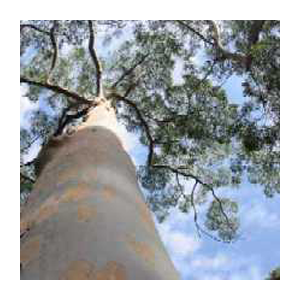 1938–1990
One owner, house since demolished and forest regenerating.

2002
Land and Environment Court rejected a 4-lot subdivision on Lot 12 on the grounds of its inability to provide a sufficient asset protection zone (from bushfire hazard) and also its impact on the endangered Blue Gum High Forest community.

2004
Development application was submitted to Ku-ring-gai Council for a dwelling on 100 Rosedale Road.

2005
Ku-ring-gai Council unanimously agreed to allocate part-funding for the purchase of 100–102 Rosedale Road.

2005
Commonwealth Minister for Environment and Heritage listed the Blue Gum High Forest and the Turpentine Ironbark Forest in the Sydney Basin as critically endangered.

2005
100 Rosedale Road was bought by the NSW Transport Infrastructure Development Corporation as an offset to compensate for 0.33 ha of Blue Gum High Forest destroyed as a result of upgrading Hornsby Railway Station and the property was transferred to the Department of Environment and Conservation.

2007
NSW Scientific Committee determined that the Blue Gum High Forest ecological community be listed as critically endangered, recognising the increased level of threat since it was listed as endangered in 1977 under the NSW Threatened Species Conservation Act. 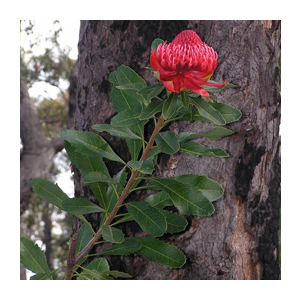 STEP is continually responding to relevant issues. These may be comments on plans of management for natural areas, the questioning of inappropriate development proposals, taking land managers to task for neglect or inappropriate management actions, and a myriad of other matters that seem to occur far too often. Click here for our submissions to government.

Many media commentators and some environmentalists seem to believe that the population debate is all a dog-whistling exercise orchestrated by the bigoted and xenophobic. While there are of course some of those people around that is far from STEP’s position read more

STEP has participated in the debate about expressway construction for 35 years. We were very involved in the campaign that resulted in the proposed expressway through the length of the Lane Cove Valley bushland being abandoned and have participated by responding to all proposals such as the original M2 and the proposed F3 to M2 and M7 link read more

Stringybark Ridge is part of the Berowra Valley National Park. The main parties involved seemed then to be in agreement that this is how it should remain. However in March 2015 NPWS issued a new draft PoM which proposed a spectacular reversal of their own previous policy read more

The Wahroonga Estate Concept Plan was approved by the NSW Minister of Planning on 31 March 2010. This approval brought to an end a saga that began in early-2007 read more

For the last 25 years, STEP has been involved with the future and conservation of urban bushland at the University of Technology Sydney campus at Lindfield read more