Some good news for the EDO 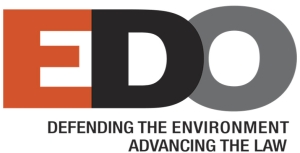 The Environmental Defenders Office (EDO) has been struggling to cover demand for its services since 2013 when the Federal Government ended its funding. The states have also cut funding so they have had to depend increasingly on donations and pro bono services.

There was good news in the October Budget where this funding has been restored with $9.8 million over four years going to the EDO and Environmental Justice Australia plus a commitment for continuing funding of $2.6 million pa after that.