Last year the NSW Government’s planning legislation was rejected because communities were going to be left out of significant parts of the decision making process. This last week the government announced the structure of the Greater Sydney Commission that could be just as bad. 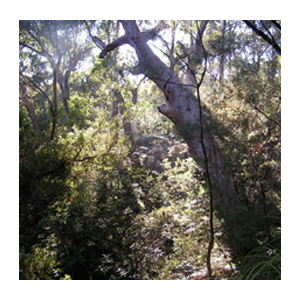 From 1990, STEP was involved with the conservation of urban bushland at the University of Technology Sydney (Ku-ring-gai Campus) at Lindfield. Click here for some history of the site.

In 2003, UTS announced its intention to cease using the site as a university and, in conjunction with CRI Australia, to seek rezoning for a residential development on the site of approximately 560 buildings. Ku-ring-gai Council refused the rezoning and the NSW Government took the issue out of Council’s hands. On 14 June 2007, Frank Sartor registered the proposal as significant and pursuant to Schedule 1 of the State Environmental Planning Policy (Major Projects) 2005 and is thus declared as to be a project to which Part 3A of the Environmental Planning and Assessment Act 1979 applies.

STEP joined a committee, the Community Reference Group (CRG) which immediately expressed very serious concerns on numerous grounds. Although the CRG strongly opposed the proposal, UTS and the Government were able to say that the community had been consulted. The whole procedure, STEP’s position and the issues involved were summarised in STEP Matters (Issue 140, July 2007). Click here for a copy of our submission to the Department of Planning.

The Minister for Planning issued a determination on 11 June 2008. This approval entrenched the preferred project report submitted by consultants for UTS.

We lost a university and some bushland and gained dense housing in a precinct with high fire risk and poor road access. However over 9 hectares (22.6 acres) of bushland was transferred to National Parks. In addition, the community input succeeded in winning some improvements including a reduction in the number of dwellings approved for the site, the retention of a full-sized oval for community use and in retaining heritage buildings on the site.

The land was sold and is now being developed.