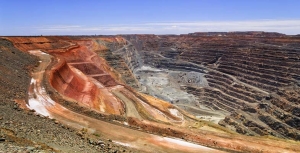 Our economy and society ultimately depend on natural resources: land, water, material (such as metals) and energy. But some scientists have recognised that there are hard limits to the amount of these resources we can use. It is our consumption of these resources that is behind environmental problems such as extinction, pollution and climate change.

Even supposedly 'green' technologies such as renewable energy require materials, land and solar exposure, and cannot grow indefinitely on this (or any) planet.

Most conventional economists and policymakers now endorse the idea that growth can be 'decoupled' from environmental impacts – that the economy can grow, without using more resources and exacerbating environmental problems.

Even the then US president, Barack Obama, in a recent piece in Science argued that the US economy could continue growing without increasing carbon emissions thanks to the rollout of renewable energy.

But there are many problems with this idea. In a recent conference of the Australia-New Zealand Society for Ecological Economics (ANZSEE), we looked at why decoupling may be a delusion.

Given that there are hard limits to the amount of resources we can use, genuine decoupling would be the only thing that could allow GDP to grow indefinitely.

Drawing on evidence from the 600-page Economic Report to the President, Obama referred to trends during the course of his presidency showing that the economy grew by more than 10% despite a 9.5% fall in carbon dioxide emissions from the energy sector. In his words:

…this 'decoupling' of energy sector emissions and economic growth should put to rest the argument that combating climate change requires accepting lower growth or a lower standard of living.

Others have pointed out similar trends, including the International Energy Agency which last year – albeit on the basis of just two years of data – argued that global carbon emissions have decoupled from economic growth.

But we would argue that what people are observing (and labelling) as decoupling is only partly due to genuine efficiency gains. The rest is a combination of three illusory effects: substitution, financialisation and cost-shifting.

Here’s an example of substitution of energy resources. In the past, the world evidently decoupled GDP growth from buildup of horse manure in city streets, by substituting other forms of transport for horses. We’ve also decoupled our economy from whale oil, by substituting it with fossil fuels. And we can substitute fossil fuels with renewable energy.

These changes result in 'partial' decoupling – that is, decoupling from specific environmental impacts (manure, whales, carbon emissions). But substituting carbon-intensive energy with cleaner, or even carbon-neutral, energy does not free our economies of their dependence on finite resources.

Let’s get something straight: Obama’s efforts to support clean energy are commendable. We can – and must – envisage a future powered by 100% renewable energy, which may help break the link between economic activity and climate change. This is especially important now that President Donald Trump threatens to undo even some of these partial successes.

But if you think we have limitless solar energy to fuel limitless clean, green growth, think again. For GDP to keep growing we would need ever-increasing numbers of wind turbines, solar farms, geothermal wells, bioenergy plantations and so on – all requiring ever-increasing amounts of material and land.

Nor is efficiency (getting more economic activity out of each unit of energy and materials) the answer to endless growth. As some of us pointed out in a recent paper, efficiency gains could prolong economic growth and may even look like decoupling (for a while), but we will inevitably reach limits.

The economy can also appear to grow without using more resources, through growth in financial activities such as currency trading, credit default swaps and mortgage-backed securities. Such activities don’t consume much in the way of resources, but make up an increasing fraction of GDP.

So if GDP is growing, but this growth is increasingly driven by a ballooning finance sector, that would give the appearance of decoupling.

Meanwhile most people aren’t actually getting any more bang for their buck, as most of the wealth remains in the hands of the few. It’s ephemeral growth at best: ready to burst at the next crisis.

Shifting the Cost onto Poorer Nations

The third way to create the illusion of decoupling is to move resource-intensive modes of production away from the point of consumption. For instance, many goods consumed in Western nations are made in developing nations.

Consuming those goods boosts GDP in the consuming country, but the environmental impact takes place elsewhere (often in a developing economy where it may not even be measured).

In their 2012 paper, Thomas Wiedmann and co-authors comprehensively analysed domestic and imported materials for 186 countries. They showed that rich nations have appeared to decouple their GDP from domestic raw material consumption, but as soon as imported materials are included they observe 'no improvements in resource productivity at all'. None at all.

From Treating Symptoms to Finding a Cure

One reason why decoupling GDP and its growth from environmental degradation may be harder than conventionally thought is that this development model (growth of GDP) associates value with systematic exploitation of natural systems and also society. As an example, felling and selling old-growth forests increases GDP far more than protecting or replanting them.

Defensive consumption – that is, buying goods and services (such as bottled water, security fences, or private insurance) to protect oneself against environmental degradation and social conflict – is also a crucial contributor to GDP.

Rather than fighting and exploiting the environment, we need to recognise alternative measures of progress. In reality, there is no conflict between human progress and environmental sustainability; well-being is directly and positively connected with a healthy environment.

Many other factors that are not captured by GDP affect well-being. These include the distribution of wealth and income, the health of the global and regional ecosystems (including the climate), the quality of trust and social interactions at multiple scales, the value of parenting, household work and volunteer work. We therefore need to measure human progress by indicators other than just GDP and its growth rate.

The decoupling delusion simply props up GDP growth as an outdated measure of well-being. Instead, we need to recouple the goals of human progress and a healthy environment for a sustainable future.