Sad Story at the Federal Level 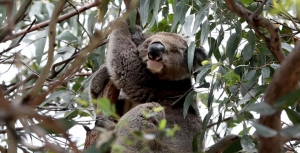 The ABC reported that the May budget has reduced the budget allocation of funding to the biodiversity and conservation division of the Department of Environment and Energy by 25%. As a result the number of jobs will be cut by the full time equivalent of 60 (25% of the total) in the crucial area of threatened species monitoring. The Australian Conservation Fund has found that this department’s budget had been cut by about 60% in the forward estimates since the Coalition won government.

The only new spending on the environment in this year’s budget is the one off $444 million payment to support the Great Barrier Reef 2050 Partnership Program.

Researchers at the Threatened Species Recovery Hub in the Australian government's National Environmental Science Program found about a third of Australia's threatened species and 70% of its threatened ecological communities were not being monitored at all.

The staff reductions could delay threatened species being listed and having recovery plans implemented. Experts have said that it is highly likely species will become extinct and no one will notice.

Australia already has a world beating record of species extinction, which has seen it lose at least 30 mammals and 29 birds since colonisation – the highest mammalian extinction rate in the world. The budget cuts can only make this situation worse.

The serious situation of species extinctions has been recognised by the Senate. An inquiry is being carried out by the Environment and Communications and References Committee into the ‘faunal extinction crisis’. Its official description is:

Click here for more details and to make a submission. Submissions may be made up to 10 September and the committee is due to complete their report by 3 December 2018.

There is already a public consultation process underway for updating Australia’s Biodiversity Conservation Strategy – see STEP Matters issue 194. Submissions closed in March. The submissions on the website (282 in all) roundly condemn the draft new strategy. For example here is what the Threatened Species Scientific Committee has to say:

Overall the committee found the revised plan to be extremely disappointing. In particular, it lacks substance on how Australia will address its international commitments and it fails to provide the direction needed to guide national activities over the coming decade. If Australia’s strategy is to achieve its objectives, and to maintain Australia’s reputation as a global leader in biodiversity conservation, a fresh approach that explicitly lays out a plan with national leadership for real action is needed in the next iteration of the strategy.

The Senate inquiry is taking on a big task that we hope will have the authority to overcome the inadequacies of the process being undertaken by the Department of Environment and Energy.