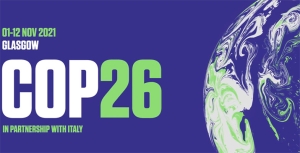 Under the Paris climate change agreement the majority of countries have made pledges to get their greenhouse gas emissions down to ‘net zero’ by 2050 with the hope of keeping the global average temperature increase below 2°C and, preferably, no more than 1.5°C.

Australia is still an appalling laggard with no commitment by the Morrison government or any plan to achieve a goal of any sort. The commitment for 2030 of a reduction of 26 to 28% below 2005 levels is also being eclipsed by stronger commitments being made by many developed countries.

The world still has a long way to go to get to net zero. Many scientists are calling for a much faster reduction. The average global temperature has already increased by 1.1°C since pre-industrial levels and Australia’s increase is 1.44°C since 1910 when reliable data is available. It seems that reaching 1.5°C is inevitable so the Glasgow meeting is crucial to put in place actual policies, not just pledges, that will have provide a high probability that we won’t get beyond 2°C. Every fraction of a degree counts.

Net zero emissions describes the point in time when humans stop adding to the burden of climate-heating gases in the atmosphere. It refers to achieving an overall balance between greenhouse gas emissions produced and greenhouse gas emissions taken out of the atmosphere. The level of balance was approximately at the time before the world started burning coal during the 18th century. The level of CO2 then was about 280 ppm. It is now about 417 ppm. Actual worldwide CO2 emissions are currently about 35 billion tonnes pa. The net effect of the natural land and ocean absorption processes leaves the situation where the CO2 concentration in the atmosphere is still increasing, by 2.4 ppm pa over the past decade.

This data does not include emissions of the greenhouse gases methane and nitrous dioxides that have strong effects of atmospheric warming but are dissipated by chemical reaction relatively quickly. The following information focusses on CO2 emissions because they remain in the atmosphere for hundreds of years.

Getting to net zero means we can still produce some emissions, as long as they are offset by processes that reduce greenhouse gases already in the atmosphere. For example, these could be things like planting new forests, or drawdown technologies like direct air capture.

However, to meet the goal of net zero, new emissions of greenhouse gas must be as low as possible. This means that we need to rapidly phase out fossil fuels – coal, oil and gas – and transition to renewable energy.

Climate change isn’t a tap we can turn off once we stop using fossil fuels. Carbon dioxide, the main contributor to climate change, will stay in the atmosphere and keep heating the planet for years and years. As the data above shows there is already an excess quantity of greenhouse gases in the atmosphere that are having an impact on our climate so that we actually need to remove the excess in order to stop further increases in temperature and other effects of climate change.

Currently the main method of reducing emissions, called carbon offsetting, is planting trees. A massive area of land would be needed to make a big difference to total emissions. As a forest ages, it reaches what ecologists call a ‘steady state’ – this is when the amount of carbon absorbed by the trees each year is perfectly balanced by the CO₂ released through the breathing of the plants themselves and the trillions of decomposer microbes underground. So new areas will need to be planted out every year as emissions remain positive.

The calculation of the carbon content of a tree cannot be accurate unless the tree is pulled out of the ground so approximations are needed. Also the growth of each tree is non-linear, starting slowly and then the greatest sequestration rate is in the younger stages of tree growth, depending on rates and peaks of individual species, with the sequestration of CO2 per year dropping thereafter. The usual method is to choose the appropriate time scale and average the amount of carbon stored over that period.

Multiple factors such as growth conditions are at play so there is still much research needed into more accurate calculations. Of course the basic assumption is that the trees will remain standing. They won’t be burned down or degrade through drought of insect attack.

Once trees reach maturity they need to be locked away and then new areas need to be planted if more emissions need to be offset.

There are lots of other schemes for reducing emissions. The federal government is supporting ideas like carbon farming, avoided reforestation and land restoration.

A large market has developed for carbon credits that are calculated under schemes developed by under the UNFCCC. Some of these are available to governments and are popular with companies and individuals wanting to offset their emissions. The credits are sold by organisations that are running projects that reduce emissions, for example by supporting renewable energy in developing countries.

Five countries have a net-zero target in place by law: Sweden, the United Kingdom, France, Denmark and New Zealand.

Closer to home, some of the states and territories are doing well. Australia’s states and territories all have net zero targets, but most governments have not outlined how these targets will be met. Tasmania has been net zero in some individual years. In 2014 and 2018, Tasmania’s emissions dropped below net zero thanks to Tasmania’s massive hydroelectric dams, and massive carbon-dense forests. With the state’s electricity supply already nearing 100% renewable, the remaining emissions from the state – across transport, manufacturing, agriculture and forestry – were offset by the greenhouse gases sucked out of the atmosphere by the state’s forests.

A target is only as good as the policies underpinning it. Several governments with a net zero goal, such as Western Australia, Northern Territory and Queensland, are still increasing their emissions each year. Even governments that are leading the pack when it comes to climate action – like South Australia and the ACT – still have more work to do to outline how they will meet their net zero goals.

The big concern is there are still new coal mining and gas projects being developed. It all seems very hypocritical for NSW to be supporting the Santos Pilliga gas project and mine expansion.