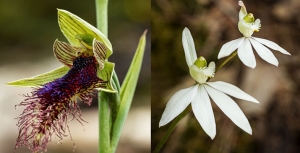 We have all been out and about this spring and have made some new discoveries of orchids, some quite rare and usual. 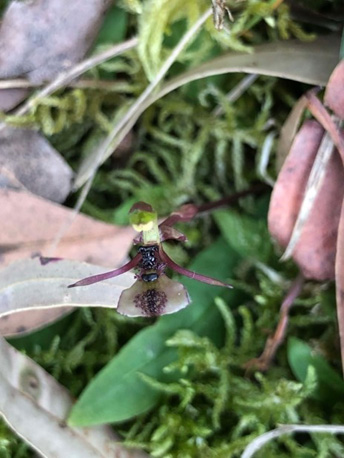 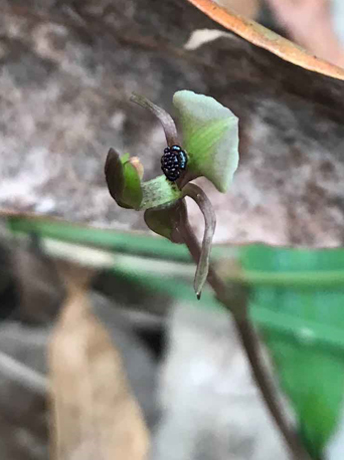 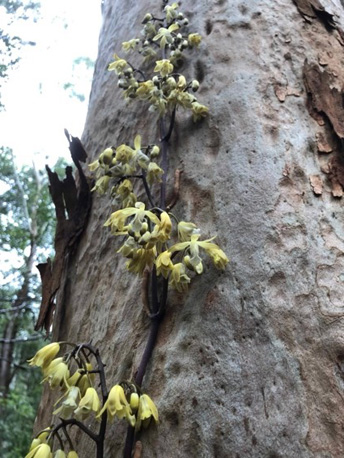 The spectacular Bootlace orchid, Erythrorchis cassythoides in Sheldon Forest. This is one of only two species in the world. It climbs trees by means of short stiff hooked roots. Pollination is by native bees attracted to the flowers’ perfume. This one has climbed about 5 m. 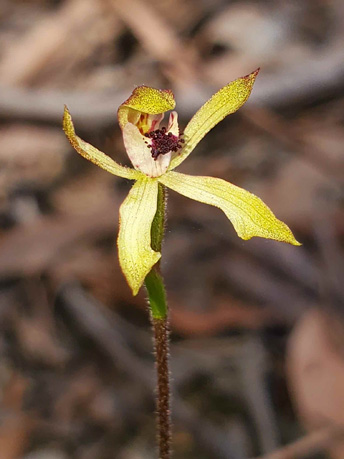 Green caps, Caladenia transitoria, a tiny orchid with flowers about 2 cm wide. It has a short flowering period, hence its name. A rare find in West Pymble (photo: Michael Gillings) 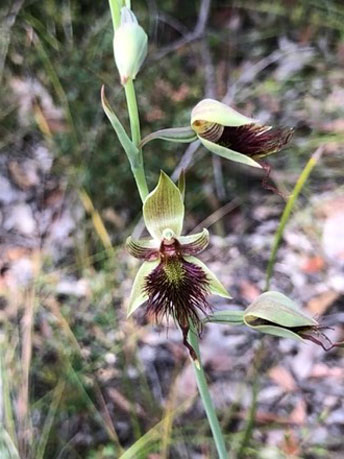