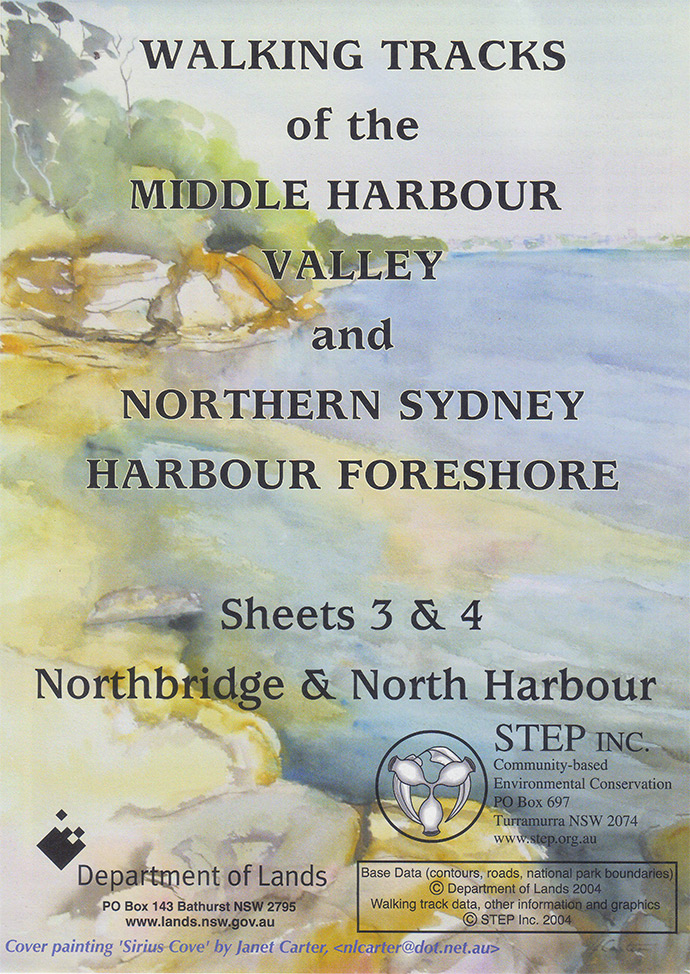 Note 1: We're currently offering free membership which entitles you to a 30% discount – just follow the instructions on the checkout page
Note 2: To avoid paying postage, contact This email address is being protected from spambots. You need JavaScript enabled to view it. to arrange cash payment and pickup from Turramurra
Note 3: If you pay using PayPal you don't need a PayPal account

The full-colour, double-sided map (revised and reprinted in 2020) is of the southern section of the Middle Harbour Valley, from Northbridge to North Harbour.

It shows bush tracks, cycleways and fire trails with connecting streets and access points. It is an excellent references and suitable for all users, from the occasional suburban stroller to the dedicated bushwalker. At a scale of 1 cm to 100 m (1:10 000) the level of detail is ideal for anyone wanting to explore the bush with beautiful colour photographs illustrating places of interest.

It would not have been possible to produce this map without the help of of a team of dedicated volunteers who checked the details of the tracks and names of streets etc. Their work is much appreciated.