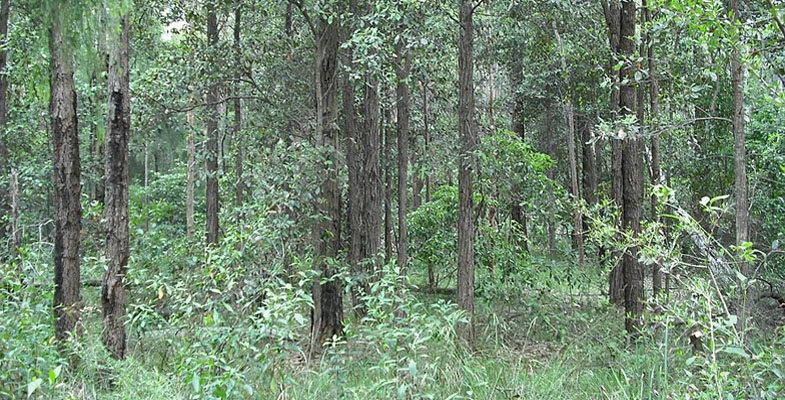 The NSW Threatened Species Scientific Committee, established under the Biodiversity Conservation Act 2016, has made a Final Determination to list Sydney Turpentine-Ironbark Forest (STIF) in the Sydney Basin Bioregion as a critically endangered ecological community. This classification already applies under the federal Environment Protection and Biodiversity Conservation Act.

The highest threat category is now applied because STIF has experienced large:

There is an estimated 2,940 ha of STIF remaining, or less than 10% of the estimated original distribution.

Remnants of STIF are poorly represented in the formal reserve network, and unreserved areas are subject to the threat of vegetation clearing. The total area under reservation is estimated to be 570 ha, equivalent to less than 2% of the estimated pre-1750 distribution or 20% of the remaining extent.

Remnants of STIF have historically been subjected to a range of anthropogenic disturbances including logging, grazing by domesticated livestock and burning at varying intensities.

Remnants are typically small and fragmented and are susceptible to continuing attrition through clearing for routine land management practices due to the majority of remnants being located in close proximity to rural land or urban interfaces.

Applications to the NSW Land and Environment Court demonstrate that there is ongoing pressure to clear STIF in the course of developing private properties or for the establishment of asset protection zones.

STIF is subject to ongoing invasion by an extensive range of naturalised plant species. Weed invasion is exacerbated by the proximity of remnants to areas of rural and urban development and the associated influx of both weed propagules from gardens and nutrients contained in stormwater runoff, dumped garden waste and animal droppings.