Let’s Introduce Vehicle Fuel Efficiency Standards and Save Money Too 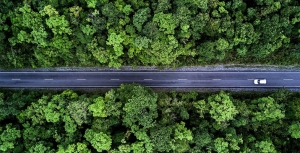 The transport sector is Australia’s second fastest growing source of carbon dioxide emissions and yet we still don’t have any standards which apply to new vehicle fuel efficiency.

We are the only OECD country with no minimum fuel standard while more than 80% of the global vehicle market has adopted fuel standards. We have had standards for many years relating to other vehicle emissions such as nitrous oxides, carbon monoxide and particulates.

Standards in other countries

The USA has had voluntary standards since 1975 that have not been effective. In 2012 standards were introduced including a reduction by 3% each year after 2012 applied to each manufacturer. They are enforced with the potential of the loss of licence to sell vehicles. The effective standard is slightly higher than applies to the EU. However President Trump is now threatening to loosen the standards.

The sources used for this article comment on ongoing issues with the testing methods being used to monitor vehicle fuel use.

The standard methods used in Europe were developed in the 1970s. They are called the New European Drive Cycle (NEDC) and they have been found to be unrealistic because they assume that the car is being driven at a constant speed with mild acceleration. Actual consumption that has been tested in real conditions show the gap is getting worse and is now believed to be about 40%.

The sources don’t explain why the gap is getting worse apart from the legal methods of manipulating the tests, e.g. by using low-resistance tyres. The latest EU standards will require cars to have on-board monitoring systems in future.

Clearly there is a need for proper testing of on-road vehicle emissions. One wonders about the accuracy of the greenhouse gas reporting for Australia’s transport emissions. The same applies to reporting by other countries.

The standards are applied on a fleet wide basis but then manufacturers have to apply the standard to their individual range of vehicles. The projection of future emission levels requires an estimate of the nature of the vehicle fleet that is a combination of several cohorts of ages of vehicles plus the average distances travelled by each type of vehicle.

In addition to the lack of efficiency standards, according to a report from Transport Energy/ Emissions Research [1] several other factors contribute to Australia’s higher vehicle emissions:

It is also suggested that Australians are paying paying about 30% more for fuel than they should (provided better fuel efficiency doesn’t encourage more driving).

In 2010, the ALP government decided that mandatory CO2 emissions standards would apply to new light vehicles from 2015, i.e. a national fleet wide average of 190 g/km in 2015 and 155 g/km in 2024. However, the change in government in 2013 meant the standards would not see the light of day.

Several reports have been written analysing the options for introducing standards.

The Climate Change Authority produced a report in December 2016 that proposed that the first phase of mandatory standards be introduced with effect from 2018, by which time local manufacture of automobiles was expected to have ceased.

The standards would progressively reduce CO2 emissions from new light vehicles to 105 g/km in 2025, almost half the then current level of 192 g/km. This 2025 standard would broadly bring Australia into line with the USA and still trail the tighter EU targets by several years.

A Ministerial Regulation Impact Statement found that the introduction of a standard of 105 g/km phased in over 2020–25 would cost $16.2 billion compared with no standards but would lead to:

This calculation allowed for a cost of carbon emissions of about $50/tonne.

The Automotive Association has lobbied against the proposal on the grounds that cars will be more expensive. Implementation of a standard to reduce CO2 emissions to 105 g/km is estimated to increase the average cost of a new car in 2025 by about $1500. This, however, would be offset several times by fuel savings of about $8500 over the life of the vehicle, leaving motorists better off.

How about electric vehicles?

The rollout of electric vehicles in Australia is being held back by their cost and lack of recharging stations. Labor’s election proposal to require that 50% of new passenger vehicles sold be electric vehicles by 2030 was hysterically dismissed by Scott Morrison. He claimed the policy would make life impossible for tradies as the ute would be uneconomic and it would spell the end of the weekend trip away in the SUV.

Of course this was all nonsense as the cost of electric vehicles is coming down rapidly and is expected to be similar to internal combustion engines by 2025. We might even revive the local manufacturing industry? In any case perhaps it would be a good idea to hire a large SUV for a weekend trip rather than driving these large vehicles around to drop the kids off at school or commute to work.

The available evidence suggests that legislative action regarding vehicle CO2 emissions is long overdue. The federal government must take action to ensure total CO2 emissions from road transport are reduced by introducing emission standards and by taking several additional measures such as increasing public transport and reducing distances driven.

Introducing these new regulations quickly is a priority because it takes years for them to actually work their way through the market to the new vehicle fleet.