Development plans for the Lourdes Retirement Village should be refused 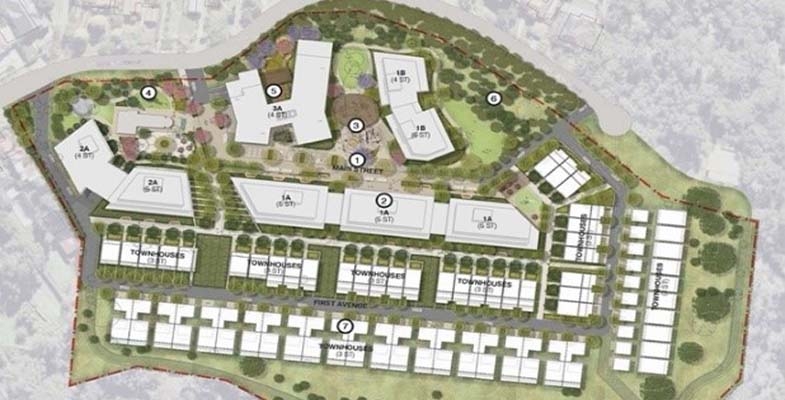 The owner of Lourdes Retirement Village at the end of Stanhope Road in Killara have been trying for several years to do a major redevelopment of the site. The Friends of Ku-ring-gai environment (FOKE) have been monitoring the process for some time and, as reported on their Facebook page, the local state MP, Jonathan O’Dea has spoken in parliament expressing many concerns.

Approval of a development like this would establish a very bad precedent of high rise buildings in a low density residential area on a ridge top intruding deep into a bushland setting.

Lourdes Village is on 5.25 ha on the edge of steep bushland in Garigal National Park. It currently has 108 independent units, an 83-bed aged care home and 49 serviced apartments. The owner, Stockland, is proposing to rebuild the entire complex and increase dwellings to 141 independent units, 110-bed aged care home. Sixty-three medium density townhouses would also be built on the southern and eastern part of the site. The nature of the village will be changed from a focus on senior’s accommodation to a more general residential complex. Other planned features include landscaping works, 1400 m2 of communal space, new internal roadways, a community centre, swimming pool, a pavilion for outdoor functions and 398 car parking spots.

This sounds all very good as a place to live but what about the bushfire risk of being on the edge of the bush and the impact buildings 22 m high with a high number of residents will have in this location surrounded by low density housing?

The proposal would result in the population of the site rising from about 275 to 546 people, but with only a small increase in the number of beds for the aged. There is only one residential road into the area that ends in a cul-de-sac.

The proposal could only proceed if Ku-ring-gai Council’s local environment plan is amended to accept the proponent’s intention to greatly increase the nature of the ‘village’, namely:

An illustrative master plan is shown below (source: Plus Architecture)

In recent years the Village has been rundown with units whose residents have left or died remaining vacant. This has contributed to the destruction of a sense of community for the remaining residents. The maintenance of some buildings and services has also been eroded since an earlier Stockland development attempt in 2018 was comprehensively rejected, including by Ku-ring-gai Council and the NSW Rural Fire Service.

Since the plan was submitted Stockland has sold all its retirement village developments to a private equity company, Levande which has taken over the development at Lourdes.

Local residents are strongly opposed as it is out of character with the surrounding low density housing. It will generate additional traffic onto a dead end street. Evacuation of residents in the case of a bushfire would be difficult.

Ku-ring-gai Council is opposed to this proposal as it has been to previous plans for reasons of bushfire risk and the inappropriate location for this type of development.

Next stage of the planning process

The proposal has been submitted as a Gateway proposal to the Department of Planning. It was assessed by the Sydney North Planning Panel and was accepted in July 2022. A period has been set for further submissions from the public (now closed) and some additional reports were requested by the panel. It is now before the Minister for Planning for final Gateway approval that could allow it to go to the development application stage.

One concerning aspect relates to the confirmation in the documents provided by the proponent that the bushfire protection standards will be met even though the risks of the site are rated in the highest category. They commissioned from Blackash Bushfire Consulting, a report that misrepresented RFS' current position as ‘endorsement’ of the rezoning. In fact, the RFS did not give approval but said analysis of the risks could be deferred to the next stage when more detail would be available about the building designs.

The assessment has to take into account the difficulties of evacuating the large number of aged residents. Statements have been made to the effect that the townhouses on the southern side will act as a shield against fire. Great protection for those residents living in these dwellings! The plans refer to shelters being provided within the site.

Ku-ring-gai Council has written a scathing submission to the planning panel. They are concerned a development like this will create the wrong precedent for this type of development to be accepted in a location like this. They commissioned an independent assessment of the bushfire risks.

The main conclusions made by council in their submission are:

As Jonathan O’Dea said in the speech to state parliament:

I am seriously concerned that the proper planning and assessment process is at risk of being subverted for this site. Approval is not in the public interest, and I urge the new owners to rethink their plans. In any event, I believe the Minister for Planning should stop the planning proposal at Gateway.