Are the Local Council Fit for the Future Reforms going too Far? 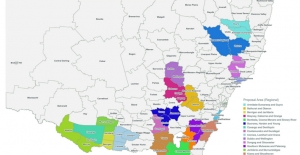 The NSW Government has been reforming the legislation governing the operation of local government under the catchy title of Fit for the Future reforms. The process started in late-2011 with the appointment of an independent local government review panel and a legislation taskforce. This process covers a lot more than the amalgamation issue.

One of the current stages (phase 1) of the reform program focuses mainly on changes to the governance and strategic business planning processes of councils. Later phases will focus on how councils raise revenue and how they exercise their regulatory functions, as well as a program of restructuring and updating the local government legislation.

A quick Google search reveals significant concerns about the current phase of the process. The Law Society and the Office of Local Government are two bodies that have expressed concern in their submissions that insufficient information is available about proposed legislation changes for a meaningful consultation to take place. The timeframes are also unrealistic. As has occurred with the amalgamation process the objective seems to be to rush through the changes so they can be implemented by about September 2016.

Many of the proposals go beyond STEP’s ambit of interest but the Ryde Hunters Hill Flora and Fauna Preservation Society has made a detailed submission that calls into question the intent of the whole process:

The Society considers that the proposed changes represent a more radical re-write of the role and purpose of local government in NSW than that of the amalgamation process. It would seem that the amalgamation debate process has exhausted and diverted local communities and their elected councillors from the legislative review.

Under the current Local Government Act councils are required to include a State of the Environment Report in their annual report every four years. One particular issue raised by the Ryde Hunters Hill Flora and Fauna Preservation Society about the recent explanatory paper is the proposal to remove this requirement. Instead councils would be required to report on environmental issues relevant to the objectives established by the ‘community strategic plan’. At this stage it is not certain that there will be any provisions for the community strategic plan objectives to include environmental issues so a council would not need to budget to fund and report on environmental measures.

According to the explanatory paper this amendment is designed:

to reduce the compliance burden on councils arising from the preparation of a separate state of the environment report every four years.

It is unclear whether the reporting in the community strategic plan will relate to the council operations only and not measure aspects relating to all the residents of the council area. It is more appropriate to cover this sort of detail in a later stage of the review process.

This proposal has received very little publicity so it slipped through our radar.

State of the Environment (SoE) reporting is an essential requirement for understanding the incremental changes that are happening to our environment as the population juggernaut continues to invade Sydney. SoE reports provide a consistent and efficient framework for on-going environmental monitoring and reporting and necessitate timely appraisal of how councils are meeting vital goals. They provide a mechanism to feed into regional environmental planning processes. The information gathered can be integrated into council’s operational and strategic planning processes. This ensures that councils meet their responsibilities as natural resource managers.

An example of the regional reporting is the Northern Sydney Regional Organisation of Councils (NSROC) combined report that provides a comprehensive snapshot. As the report states:

The Regional SoE Report allows NSROC communities … to have a broader understanding of water, air, biodiversity, waste, noise, heritage and planning issues and serves to enhance coordination between councils.

Here is a summary of some data from the 2011–12 report, the most recent available.

Bushcare volunteer hours have reduced from the previous year by 10% to 41,782. If these hours are valued at $25 per hour this equated to over $1million of free labour.

Residential energy consumption is going down, probably thanks to the solar panels on lots of roofs. Exported solar power in the region has grown from 219 MWh in 2007–8 to 15,473MWh in 2011–12.

Water consumption is reducing. But waste generation is a different story. The amount going to landfill continues to increase while there is also more being recycled.

There are some surprising variations in performance on a per capita basis between council areas which makes one wonder about the consistency of data definitions and/or collection methods. 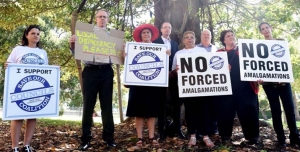