Why Give the Green Army its Marching Orders? 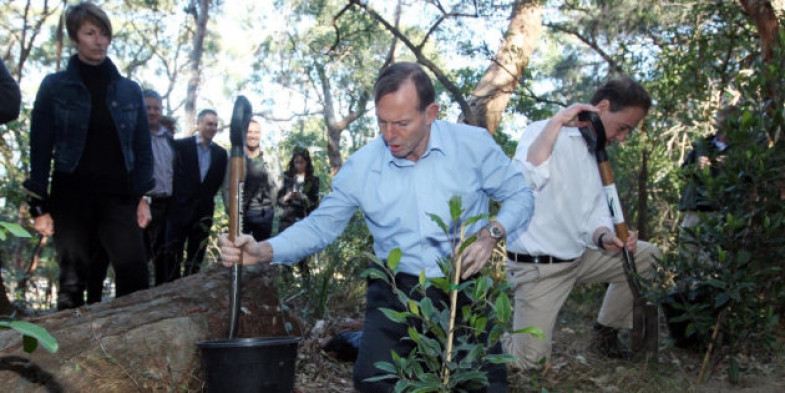 It’s a rare week when natural resource management policy penetrates the national news cycle not once, but twice.

Nonetheless, last Thursday the federal government struck a deal with the Greens to increase funding to Landcare programs by $100 million in exchange for their support on other matters. No one quite seems to know yet how this money will be spent – presumably in ways that support the thousands of volunteer community Landcare groups dotted around Australia.

Then on Sunday, the Australian Financial Review reported that the government will abolish the Green Army program as part of its mid-year budget update later this month.

Introduced in 2014 as a signature policy under the then prime minister, Tony Abbott, the Green Army aimed to mobilise 15,000 young and unemployed people to work on conservation projects and receive complementary training. Axing the program would deliver budget savings of around $350 million.

Abbott took to Facebook on Monday to criticise the move. His main concern seems to be the implication that the Greens’ policy priorities are more important than the Coalition’s. That’s a bad look, he argues, for a 'centre-right government'.

Yet the move would arguably be very much in keeping with centre-right values. By reinvigorating Landcare’s model of personal responsibility and self-regulation, the government could reduce pressure to regulate land use or to pay landholders financial incentives to improve their environmental management.

But consistency with any particular political philosophy is not the issue here. The hyper-polarised political landscape of recent years, particularly on environmental policies, encourages parties to differentiate on any grounds they can. Thus, the cross-party support long enjoyed by Landcare can perversely work against it. Incoming governments believe they need new programs to claim as their own, diverting attention and resources from those already in place.

The $484 million cut to Landcare in the 2014 budget needs to be remembered in this context. Both Coalition and Labor governments have made changes over the years that either reduced the financial support available to community Landcare groups, or imposed more top-down modes of decision-making.

The 2015 Senate inquiry into the National Landcare Program revealed considerable community concern about the impacts of budget cuts on Landcare’s activities and on private commitment to natural resource management. Every dollar of public money invested in Landcare is believed to leverage between $2.60 and $12.00 of community and landholder investment.

When the Green Army was launched, many people questioned whether it would deliver this kind of value for money. With a three-year review of the Green Army due for release early next year (subject to ministerial approval), we might have expected to see some answers.

So why is the Green Army is being cut before the review? Perhaps the government is sparing itself the embarrassment of defending a program that is failing to meet its objectives. Perhaps, despite the critics, the findings would have been positive and the government is avoiding having to explain why the Green Army is being killed off anyway. Perhaps it’s just looking for easy budget savings.

Whatever the motivation, the biggest concern is the absence of a strategic and coherent approach to natural resource management policy in Australia. Major program changes are being made with limited consultation and transparency, and precious little evidence of planning.

At the same time, some policies and programs appear to be working at cross purposes. For example, tree clearing is increasing in much of Australia at the same time that some landholders are being paid through the Emissions Reduction Fund to conserve native vegetation.

Questions need to be asked about the genuine impacts of existing policy, about the way in which regulations intersect with voluntary programs, and about coordination between Commonwealth and state governments, among other issues.

The recent Senate inquiry into Landcare called for long-term investment and stability in natural resource management programs. Achieving this will require a return to genuine cross-party support coupled with broader community and industry support. The key to achieving this, I suspect, is less wheeling and dealing among political parties and more consultation and planning with all interested stakeholders.

It might be time to consider a white paper process to inform the next phase of natural resource management policy. At least that would give us some confidence policy is not being decided on the run.