Finkel Review on the Electricity Market – What Happens Now? 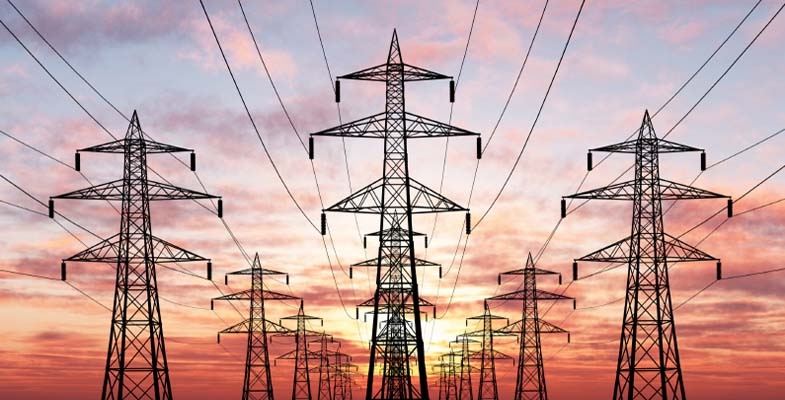 The Chief Scientist, Dr Alan Finkel, was asked by the Council of Australian Governments (COAG) to undertake an independent review of the national electricity market (NEM) that:

This was complicated task that needed to take into account:

It also had to be politically palatable for the federal and state governments.

The major points made by the review and the Climate Council’s view are summarised below.

The minimum target for reducing emissions in the electricity sector should be a 28% emissions reduction below 2005 levels by 2030. While it places responsibility for more aspirational targets to 2030 and beyond with government(s), the review cautions higher targets could have ‘larger consequences for energy security’ and ‘implications should be re-examined’.

This target is consistent with the commitment made by Australia at the Paris Climate Change conference but the electricity sector needs to bear a greater share of the reduction. It is easier to reduce emissions in the electricity sector as many of the required technologies already exist and reductions in other sectors like transport and land use are harder to achieve. The Climate Change Authority, the government appointed advisory body, suggested that electricity emissions should reduce by two-thirds by 2030 and be zero by 2050.

Technologies with lower emissions, like renewables, would receive higher benefits than those with higher emissions, like gas and coal (which would still be required to be below a set emissions intensity level to receive any benefit). New coal stations that do not meet the target can still be built without penalty, increasing the emissions reduction burden from ‘clean’ electricity.

The Clean Energy Council website explains this mechanism in more detail. Modelling undertaken for the Finkel Review (based on 28% emissions reduction for the electricity sector) indicates the Clean Energy Target mechanism (and an emissions intensity scheme) would result in lower costs to households and businesses compared with no action at all (business as usual). The modelling shows renewable power continuing to grow, up to 42% of electricity supply by 2030 (58% still comes from fossil fuels by then, with no further brown coal closures), in contrast to business as usual of 35% renewable electricity.

The Finkel Review recommends a new requirement on new wind and solar power plants to provide a certain level of ‘dispatchable’ capacity (this was called a Generator Reliability Obligation). Dispatchable capacity is electricity that is available on call, as and when needed. New wind and solar would be required to provide a certain amount of battery storage or gas generation as determined by energy market bodies so that power is available with certainty, for example, when the wind isn’t blowing and other sources cannot provide sufficient power.

There was no equivalent requirement placed on new, or existing ageing gas or coal generation, despite the failure rate of ageing power stations increasing. For instance, in early February 2017, a severe heatwave across much of Australia’s south east and interior caused supply issues for the South Australian and NSW energy systems at a time of peak demand. In NSW around 3000 MW of coal and gas power capacity was not available when needed in the heatwave. High power users in industry were required to scale back production at great cost.

The Finkel Review recommendations focus on incentives to encourage new lower emissions power plants to be built, rather than phasing out or penalising polluting coal and gas plants. So the approach is intended to bring on new renewables without incentivising the phase out of existing polluting coal generators. Coal generation would continue to provide over 50% of Australia’s electricity by 2030 and 24% by 2050.

Coal should be phased out much more quickly. Australia’s coal-fired power stations are old, and polluting by world standards. The Finkel Review acknowledges that by 2035:

… approximately 68% of the current coal generating plants will have reached 50 years of age.

Its modelling shows most still operating at 2030 and some even by 2050. The review even considers it a ‘benefit’ for these old, polluting coal plants to continue operating.

The key recommendation for coal-fired power is a new requirement for power plants to provide three years notice before closing. A schedule for the closure of aged plants should have been established years ago.

The Finkel Review provides for a continuing role for gas power generation despites the issues with methane emissions and local environmental impacts of coal seam gas extraction. It acknowledges gas prices (and, as a result gas power prices) will continue to rise in future due to the demands of liquefied natural gas exports from Queensland, and the increasing price of producing gas from unconventional gas fields.

At current gas market conditions, it observes that battery storage may be more cost effective than gas in providing security and reliability in the near future. However, the Finkel Review paradoxically urges government and industry to prioritise gas exploration and development.

The Turnbull government has supported all the recommendations except the Clean Energy Target. They can’t get away from the vested interests of the coal industry. There are even rumours that they would consider providing financial support for a new ‘clean’ coal-fired power plant.

Coal-fired power is on the way out, globally, and in Australia. Clean coal is very expensive, if not technically impossible. But using public funds to prop-up this 19th century technology would lock in climate-destroying pollution and higher power prices for decades to come.

The Turnbull government is out of step with state/territory and local governments. State and territory governments are already on track to deliver the Clean Energy Target on their own:

The states are setting strong targets that will help Australia reach net zero emissions by (and ideally before) 2050 in order to protect Australians from worsening climate impacts.

South Australia is about to get a 150 MW solar thermal power plant that will meet 5% of the state’s power needs. The 150 MW plant near Port Augusta is expected to be operational by 2020 and will power all the South Australian government's electricity needs. The plant uses the sun as a source of heat that is reflected by mirrors onto a tower containing molten salt that is used to create steam that drives a turbine. It is expected that more of these plants will be built.

Several local governments including Ku-ring-gai, Willoughby and North Sydney, have signed up with the City Powers Partnership set up by the Climate Council. Local councils who join the partnership pledge to take five key actions across renewable energy, efficiency, transport and working together. The partnership acts as a support network for sharing expert information and establishing joint projects.

The information in this article is sourced from the Climate Council’s commentary called Unpacking the Finkel Review.