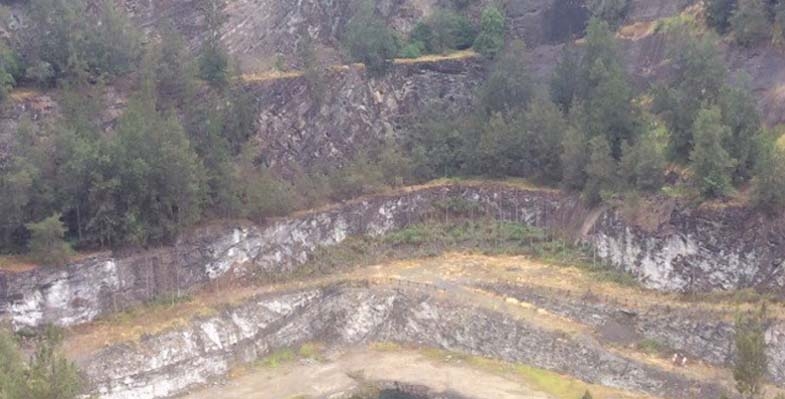 In November last year STEP held a talk by Dr Ian Percival on the unique volcanic diatreme that has been exposed in the Hornsby Quarry. The Geological Society of Australia and STEP made submissions to the Roads and Maritime Services about the project to use the quarry void to dispose of spoil from the NorthConnex tunnel. But while it appears that the upper two levels of the quarry will escape burial, so far we have seen little reference in any document to the enormous importance of this site as a scientific and educational tool.

In a modern world where dramatic images of volcanoes and other natural phenomena from remote corners of the globe are just a mouse-click or screen-touch away, to have on our local doorstep the best real-life example of an exposed volcanic neck in Australia is not to be lightly brushed aside.

In the proposed new park complex, STEP would like to have a viewing platform for the general public and for students, with comprehensive information panels on the Hornsby diatreme and diatremes in general. It should also be made possible, with due safety considerations, for guided geoscience student parties and qualified scientists to access and sample the actual faces.