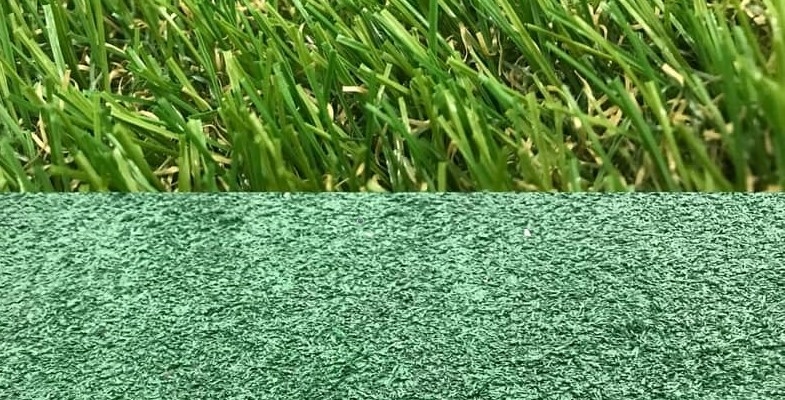 Ku-ring-gai Council is currently developing plans for conversion of two existing sporting fields to synthetic turf. Both could have impacts on critically endangered ecological communities and, potentially, neighbouring national parks.

The community has only seen aerial diagrams of concept plans and detailed plans are still to be completed so there is no information about tree removal, earthworks drainage systems, etc.

Naturally the sporting groups are all in favour. In both cases the local MPs are promoting the projects and large grants are coming from government sources.

In both cases Council has resolved to proceed with the detailed plans. They are going through the approval process based on Part V of the EPAA Act which means the infrastructure can be built without consent, which means that Council does its own assessment. However, before a project can proceed Council has to prepare a detailed environmental assessment, a review of environmental factors (REF).

The REF examines the significance of likely environmental impacts of a proposal and the measures required to mitigate any adverse impacts. The preliminary reviews completed in both cases conclude that there will be no impacts serious enough to stop the project proceeding.

Following the decision not to proceed with the plan for artificial turf on Mimosa Oval (see STEP Matters, Issue 204) attention has returned to Norman Griffiths Oval. The original proposal for artificial turf on this oval was knocked back because of the high cost of stormwater management. The oval currently acts as a detention basin for water coming from the upper reaches of Quarry Creek and higher parts of Bicentennial Park. 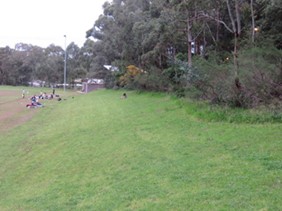 The cost of installing the turf is currently $1.4m, $500,000 of which has come from the state government with the remainder from Council ($511,000) and various sporting organisations. The extra cost of the recommended stormwater detention system is estimated at $1.25m to be funded from money previously allocated for the indoor sports centre on the old nursery site near the St Ives Wildflower Garden that has been abandoned.

STEP’s main concerns about the project that may be addressed in the detailed design are:

Council, bushcare groups and NPWS have invested considerable effort into the health and regeneration of the Quarry Creek area over the last 20 years. The creek water quality has been significantly improved and there has been incredible regeneration of the surrounding bushlands. We don’t want to see this work being jeopardised.

Council has commissioned a separate flood risk report that covers areas below the oval. Bicentennial Park covers a large area that is the catchment for Quarry Creek that flows down under Yanko Road and into Lane Cove National Park. In a one in 50 year storm event Yanko Road could be flooded. Mitigation measures will be expensive but are a separate consideration.

Barra Brui is surrounded by endangered ecological communities, Sydney Turpentine Ironbark Forest and Duffy’s Forest on three sides and, on the eastern side, Garigal National Park is below the site with the land falling away steeply. A creek flows on the northern side of the ground and down into the valley. 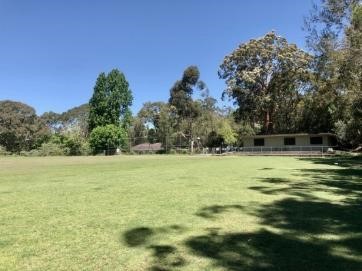 This ground has been considered for conversion to synthetic hockey field since 2018. In this case the field will be a wet field. The ground is sprayed with water to control the ball speed and reduce the surface temperature. Therefore tanks are needed to store the water as well as gutters to control the flow of water.

The ground is currently used for cricket and soccer as well as being the local community play area and off-leash dog park. It is not clear whether cricket and soccer matches would continue to be possible. The clubhouse and parking would also be improved. The aim is to have 100 car parking spaces.

The cost is substantial, a total estimate of $4.1m: $2.25m from the Greater Sydney Sports Facility Fund, $500,000 further government funding, $250,000 from the Northern Sydney and Beaches Hockey Association and $1.1m from Council.

At the meeting on 30 June Council decided to engage in preliminary design/scope studies to inform detailed costings and the feasibility of project design options.

In this case the concerns that require more information are: