Impact of Bushfires on Biodiversity 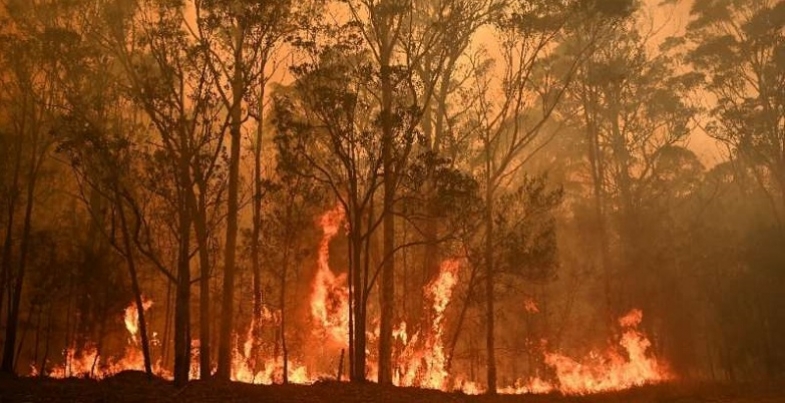 Australia and the world have been horrified by the devastating bushfires that have been burning along the east coast and tablelands and South Australia since September and reached their climax in December and January. These events have given the world a stark example of the extreme events that will be experienced as a result of climate change. The severe drought conditions combined with weather systems that delivered hot westerly winds followed by strong southerly changes created severe and unpredictable fires. On top of the impact on fire fighters and communities, the long-term impact on biodiversity will become apparent over many years. The Department of Planning, Industry and Environment (the department) has done a preliminary assessment of the areas affected by fires using satellite imaging.

As the department states, the period immediately after a fire is critical for the survival of injured animals and for threatened species. The priority is to support those involved in the recovery of injured wildlife and detailed data on the damage to habitat is essential for planning the next steps to minimise the long-term loss of ecosystems.

As at 10 January 2020, the bushfires had impacted on the habitat of at least 60 threatened species listed under the NSW Biodiversity Conservation Act 2016.

The intensity of the fires has varied widely. In this initial assessment, the department developed a new methodology using Google Earth imagery which enabled the rapid estimate of where fire skipped over an area within the fire ground, leaving it little affected, where it burned the understorey and some of the canopy, where it burned the canopy only, and where it appears to have burned all vegetation.

Once it is safe to do so and ensuring that the environment is not damaged inadvertently, the department is carefully preparing a more refined version of this data for each fire ground, which utilises reference data gained from aerial imagery and ground-based post-fire surveys to provide a more detailed understanding of this variation.

The department has compared the records of 300 threatened fauna species with bushland affected by the ongoing fires.

The data is being renewed as staff get the opportunity to check the situation on the ground.

In the flurry of announcements of funding for bushfire recovery it is hard to get a perspective on funding that has been provided to prevent loss of animals that have survived. $50 million sounds good but this is against a background where funding for environmental management has been cut by Coalition governments. Will extra staff be employed to carry out the work required?

Recovery will involve the following stages:

Will the NSW Government Amend its Policies?

There are two areas where the NSW Government has perverse policies.

These numbers of horses are having a huge impact on alpine species and ecosystems. Horses create tracks through alpine swamps causing the water to drain away. They damage vegetation along streams that are essential for the survival of threatened species such as the Corroboree frog and Stocky Galaxia fish. These streams are the headwaters of the Murray and Murrumbidgee Rivers. Horses also pose a risk on roads.

The North Kosciuszko area, that has the highest number of horses, is also an area badly affected by the fires. So, the horses will move into the undamaged parts of the north placing great pressure on alpine vegetation already stressed by drought.