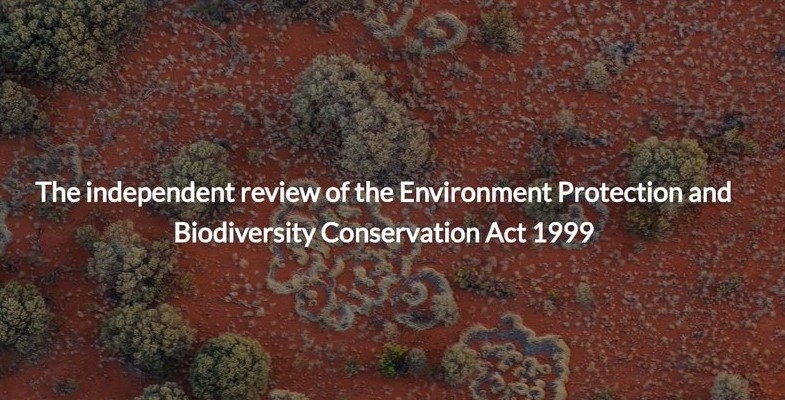 The key recommendation of Prof Samuel’s review of the EPBC Act was that the national environmental standards need to be strengthened but the federal government is refusing to adopt Samuel’s interim standards. It seems National Cabinet is the stumbling block.

On 16 June the environment minister, Sussan Ley spoke at the National Press Club about the release of ‘a pathway for reforming national environment law’. She said the government agreed with ‘the central pillars’ of Samuel’s 38 recommendations but did not respond to them individually.

The report states that:

She stated that the interim standards will be used that reflect current requirements of the EPBC Act because this is consistent with the agreement of National Cabinet. These standards will provide greater clarity for proponents and the community, as thousands of pages of rules will be distilled into clear and concise requirements.

There are two issues here:

One plus is that the government has committed to establish of the Environment Assurance Commissioner later this year.

Critics of the government’s stance include three of the crossbenchers Rex Patrick, Jacqui Lambie and Stirling Griff, who wrote a joint letter to Ley in February calling for greater action. With Labor and the Greens opposed, the government needs the support of at least one of the three to pass its legislation. Speaking at the national press club, Ley said she was hopeful of reaching agreement, but the standards would not be strengthened before the legislation was passed.

The Morrison government is attempting to stare down the Senate over changes to conservation laws. Who will blink first?

As a side note from the Press Club talk, Ley was asked about damage to the alpine environment in Kosciuszko National Park caused by feral horses. She suggested she may attempt to force the NSW government to change its management of the area. She was looking for ways to use the EPBC Act to prevent it.

The feral horse population in alpine parks has increased to about 14 000 over the past two decades. Three years ago the NSW government introduced legislation, at the behest of the deputy premier, John Barilaro, to prevent culling.