Some progress on legislation to reduce plastic waste 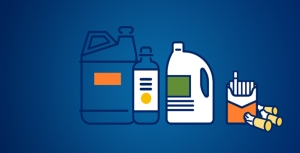 In June 2021 NSW introduced a Plastics Action Plan. The most visible action is the plan to reduce harmful plastic in the environment. Bans on single use plastics are being introduced but phased in over a longer period compared to many other states.

From 1 June single use lightweight plastic bags are banned. Then from November other single use items are banned such as straws, stirrers, cutlery, plates and bowls, cotton bud sticks and polystyrene trays.

So-called compostable plastic will also be banned. They don't biodegrade unless they're treated in an industrial composting facility. Often, they break down into useless little pieces.

South Australia has led the way in most categories of single-use plastic bans, followed closely by Queensland and the ACT, and now other states are making ground – especially Western Australia, where regulations ban the heavyweight (commonly 15 cent) plastic supermarket bags and helium balloon releases are banned. Queensland was the first to ban polystyrene food ware and plates, cups and bowls (if not enclosed with a lid) and ACT will be the first to ban plastic-stemmed cotton buds (from July 2022).

At this stage it looks like the only thing where NSW may blaze a trail is banning those annoying plastic fruit stickers – if South Australia doesn’t get there first. They are thinking about it!

Another major item is takeaway coffee cups. Only WA is considering a ban at this stage.

NSW is also providing funding for research into improving the recyclability or re-usability of plastic products.

Despite the significant progress made in reducing smoking in Australia, nearly 18 billion cigarettes are smoked per year and up to half end up as litter. Cigarette butts can end up in our waterways and oceans and leach toxic materials. Butts have been found in the stomachs of birds, turtles, whales and fish, affecting their digestion and potentially leading to poisoning or starvation.

Current efforts to minimise cigarette pollution in Australia have largely focused on solutions directed at the individual smoker, such as disposal infrastructure and education. Continuing this approach would see little or no reduction in butt litter, according to a report commissioned by WWF.

The report says a levy of $0.004 (less than half a cent) per cigarette could raise $71 million per year to fund the product stewardship scheme. Alternatively, tobacco companies could be required to directly fund the scheme. It could boost collection, recovery and reprocessing of cigarette butts, support research and development to potentially ‘design out’ plastic filters, and improve public awareness of the impacts of cigarette pollution. Most people are unaware that butts contain plastic.

The NSW government will investigate a new extended producer responsibility scheme that will make tobacco companies take responsibility for the litter impacts of their products. For example, they may set mandatory litter reduction targets that those companies must meet through a range of approved activities. This work will align with the Australian government’s recently announced taskforce on cigarette butt litter.