Concrete Coastlines: It's Time to Tackle our Marine Urban Sprawl 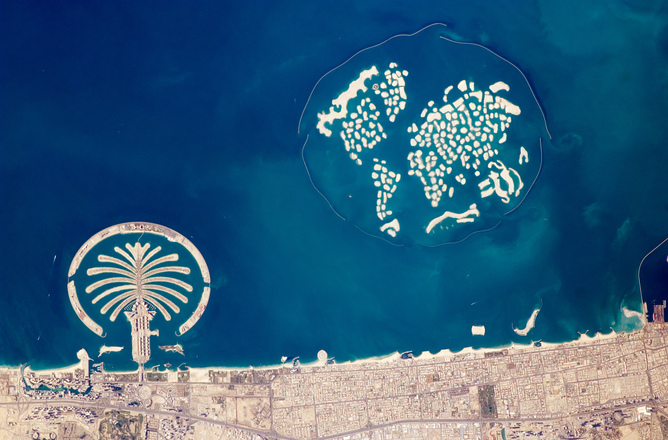 How would you feel if half of Sydney’s beaches were replaced with concrete walls? Unfortunately, this scenario is already common in urban estuaries around the world.

According to our research, published this month in Frontiers in Ecology and the Environment, some estuaries in Australia, the United States and Europe have had more than 50% of their natural coastline modified with artificial structures.

This 'marine urbanisation' – including foreshore developments, port facilities, marinas and even offshore energy platforms – is most widespread in Europe where over 9,000 marinas and more than 200 offshore energy installations are operational. Australia and the United States are catching up with the Bass Strait a focus for oil and gas platforms, and the Gulf of Mexico supporting some 2,000 oil and gas installations.

Thankfully, there are lessons we can learn from land-based sustainable architecture that will help us save our seas from the effects of all this concrete.

You have probably noticed the amount of concrete and other building materials that have begun to encroach on many of our shorelines, amid the growing demand for coastal urban development.

Not even the deep ocean, generally considered a haven for marine organisms, is safe, with a steady increase in the construction of offshore energy infrastructure such as platforms for oil and gas exploration.

The reality is that urban sprawl is no longer just a land-based problem. Developments are spreading out into the oceans, creating tangles of structures beneath the water’s surface. Seawalls, breakwaters and boating infrastructure such as marinas are becoming increasingly conspicuous in the marine environment.

We build concrete walls to protect our coasts from nature’s forces. We add wooden pylons and floating structures to support a burgeoning shipping industry. Mountains of underwater scaffolding support a growing offshore energy and resource sector. There are more than 7500 offshore rigs worldwide and this number is growing rapidly, but at the same time more than 6500 rigs are expected to require decommissioning by 2025. Hence we are dealing with a double edge sword of how to manage impacts from new installations and how to minimise the disturbance associated with removal of these enormous structures.

And we are finding more novel ways to build into the sea, such as entire artificial islands built in Dubai and the (not so) futuristic underwater hotels proposed for Fiji and the Great Barrier Reef.

These artificial structures present a range of ecological problems, including loss of native species diversity and the spread of introduced species. Furthermore, the defences to coastal shores that these structures, such as groynes and seawalls, are meant to provide could actually be causing more bad than good.

Indiscriminate construction within urban seascapes is, among other things, responsible for the loss and degradation of important habitats such as sediments, seagrasses, mangroves and wetlands. In the UK, proposed offshore wind energy developments will replace an area of soft sediment habitat close to the size of Melbourne. These habitats are not only highly productive, supporting a variety of species, including some economically important, but some provide natural protection for the coastal zone against storms and waves.

Fortunately, not everything is bad news. The silver lining is that urban seascapes are still a relatively new phenomenon and we can learn from the pitfalls of urban land-based developments.

More alternative methods have been used to armour our coastal zones against climate change. These include soft engineering approaches e.g. managed realignment, which involves the removal of hard defence structures and restoration of natural coastal vegetation, and beach replenishment where sand is deposited on beaches to build up the surf zone and dune protection. Where these approaches are not possible then increasingly we need to build ecologically sensitive artificial structures.

Combining ecological principles with engineering designs is probably the most promising solution for the current urban sprawl, with terms such as green or eco-engineering being more frequently used (and applied) to urban seascapes. Practices of eco-engineering are driving innovative strategies on how to manage coastal development, and increasingly, things are being built “with nature” instead of “against nature”, with encouraging results.

Artificial structures, where they are needed, can and should be built in a more ecologically friendly way. Currently, most artificial structures in the marine environment are built for a single purpose, such as coastal protection, tourism, energy or food production. We suggest that multipurpose structures should be built instead. Why can’t offshore oil and gas platforms serve as aquaculture areas or even diving spots – they tend to attract plenty of fish.

Similarly, we can build seawalls and breakwaters in ways that not only help to protect the local area but are also designed to avoid environmental impacts. Why not transfer the urban concept of 'green roofs' to the sea, by seeding artificial structures with key desired and/or threatened species. Breakwaters in the Adriatic Sea have been successfully 'seeded' with the seaweed Cystoseira barbataand oyster reef restoration efforts can be applied to new foreshore developments. Seeding of key species can also improve water quality through the absorption or removal of contaminants.

Thankfully, there are now several global initiatives that try to solve, or at least mitigate, the many problems caused by underwater urbanisation. The Nature Conservancy’s Southern Seascapes project aims to restore coastal estuaries that are home to shellfish and seagrass, whereas the Sydney-based World Harbour Project is working to make the world’s urban ports and harbours more sustainable. Projects such as these will provide the basic research needed to progress eco-engineering designs on a large scale.

Many of the world’s major cities – including Sydney, New York, Rio de Janeiro, Shanghai, San Francisco, Singapore, Hong Kong, Stockholm, Abu Dhabi, Tokyo, and Qingdao – are on the coast or in large estuaries. However, eco-engineering remains under-utilised in the management of marine urban sprawl.

This is partly due to the lack of policy and incentives driving ecologically sustainable development below the waterline. Europe leads the way in strategies to promote green infrastructure through policy.

The rest of the world needs to catch up before concepts such as underwater cities escape the realms of science fiction.

Tweet
Published in STEP Matters 181
Tagged under
back to top