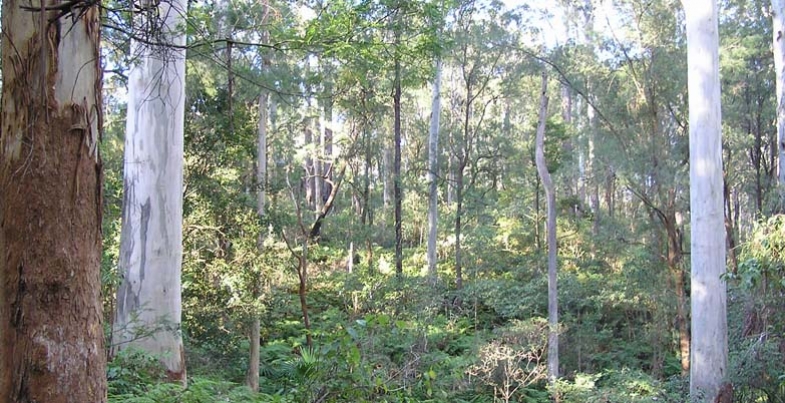 The Ku-ring-gai Bushcare Association is an unincorporated organisation that is supported by Ku-ring-gai Council which supports the Bushcare volunteer program and holds regular educational events. The committee comprises elected volunteers and Council employees.

At their annual general meeting in November 2015, Andrew Little spoke about talks held during the year that highlighted factors that will have major implications for the health of our local bushland in the future and which need to be considered in bushland management practices.

Prof Frankham (Macquarie University) gave a talk on conservation genetics for bush regenerators. He found that with small isolated populations as exist in our fragmented reserves, seed production and seedling viability declined with time due to lack of genetic variability. For small populations it is essential to broaden the genetic base to retain viability and capacity to adapt and evolve to a changing environment. Those people who attended the Native Seed Provenance Workshop at Mt Annan Botanic Gardens in July would have heard the findings of other researchers were similar.

Two talks were presented at the Convenor’s Forum by Dr Scott and Dr Hancock. They showed that climate modelling by CSIRO indicated that by 2050 Sydney’s climate could be similar to that of Port Macquarie and by 2100 to that of Brisbane. Our small fragmented bushland reserves would be most at risk due to their limited genetic base.

In the longer term one of the real game changers of the 21st century will be climate change. It is clear we will not be able to continue through the century on a business as usual basis. This is summed up in a recent CSIRO report (Dunlop M et al, 2012, Implications for Policymakers: Climate Change, Biodiversity Conservation and the National Reserve System. CSIRO Climate Adaptation Flagship, Canberra p6) which states:

Biodiversity will become increasingly dynamic, including changes in species distribution and abundance; changes in ecosystem composition, structure and function; and changes in the land uses and ecosystems making up our landscapes.

Many current conservation mechanisms primarily aim to preserve species and communities in their historical locations. This paradigm of conservation will become increasingly unachievable and less effective for guiding conservation investment and actions.

The challenge before us is to change our mindset, from preserving the vegetation and ecosystems that exist, to promoting their evolutionary capacity to adapt to a changing environment. Going forward, it will be our ability to make these changes that will likely determine our success in managing the natural environment