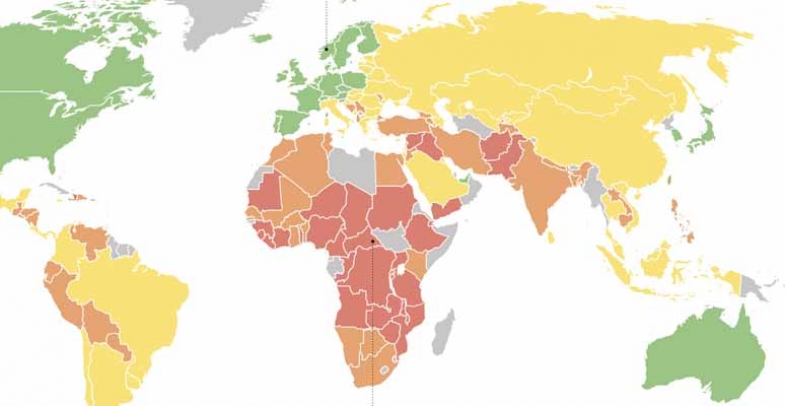 Everyone likes a race; whether it’s the Melbourne Cup, some sporting event or an election. Winning is fabulous, losing can be character building.

There crossed my desk (iPad) the other day the Prosperity Index produced by the Legatum Institute based in London.

Table 1 gives a listing for 2015 of the top ten countries, the bottom ten (of 142) and for interest the United States and the United Kingdom.

The scoring is based on eight sub-indices. Australia’s ranking together with Norway (the overall winner) is shown in Table 2, together with the sub-index winners.

Look, we’ve won something; numero uno in education. Sorry to disappoint those of you in teaching but the sub-index is based on some statistical data like school attendance but without any reference to performance. More on this later.

Indeed I am not sure that education should have any place in this index. Education is all about future prosperity, not today’s.

Drilling down into the detail is a fascinating yet frustrating experience. The economy sub-index doesn’t even include GDP per head or any other measure of income. The social capital sub-index is based totally on survey questions such as Donated money to charity in the past month? That is a meaningless question to ask simple villagers in a subsistence agricultural environment still common in the third world.

Again, we are doing battle with Norway:and that country almost certainly wins because of the much higher gross national income due to North Sea oil. The data is for 2014; there has been a significant reduction in oil prices since.

Strange is expected years of schooling (20.2 years for Australia and 17.5 years for Norway) which the United Nations says is:

The number of years of schooling that a child of school entrance age can expect to receive if prevailing patterns of age specific enrolment rates persist throughout the child’s life.

For this to be 20.2 years for Australia it looks like we are going to have most of the population between 20 and 25 studying for higher degrees at universities. This is ridiculous. It won’t happen.

Oh dear. We are a lowly 21st, even outranked by Malaysia (see Table 4). It must be made clear that this index is somewhat different to the others mentioned. From the report:

My take on this is that it is attempting to measure things that determine prosperity, not prosperity itself.

The index has twelve pillars. Table 5 shows our rankings compared to the top three countries.

To take one aspect. The United States rates well on market size but why should Switzerland and Singapore be marked down because they are small? They both have good access to enormous nearby markets and in this day and age of low freight costs having a small domestic market doesn’t matter all that much.

Contrary to Legatum’s Prosperity Index Australia does not rank so well on education. For the fifth pillar Singapore is first, followed by Finland. We do well on secondary enrolment but badly on quality of the education system and quality of math and science education.

The United States and ourselves rank poorly on macroeconomic environment (see Table 6).

Measuring some of these items is fraught with difficulty and weighting them in an index can only be quite subjective. Switzerland’s inflation rate in 2015–16 was negative which must account for its poor ranking.

Last of our rankings is the Global Peace Index. This has a world-wide reputation but is of special interest to Australians as it is the brainchild of Australian technology entrepreneur Steve Killelea.

Table 7 shows the 2015 rankings – the top ten, Norway, United Kingdom and the United States, and the bottom three.

The report provides a very useful commentary on trends. It is peculiar that the United Kingdom’s ranking should improve with the withdrawal of its troops from Afghanistan; surely their presence there was a contributor to peace.

One wonders how well correlated peace and prosperity are. Quite closely one would have thought as countries that are not prosperous are very prone to internal strife.

It’s a pity that downloadable data is not available for analysis. The report though contains much useful information.

No matter what our ranking by the pundits, Australia is a good place to live. We have generally pleasant weather and those wanting space in the form of suburban houses with some land can find it at reasonable prices (not true of Singapore, for instance) and still access work and all the amenities that a city typically offers within reasonable travel times. Whether that is environmentally sustainable is a matter for debate.