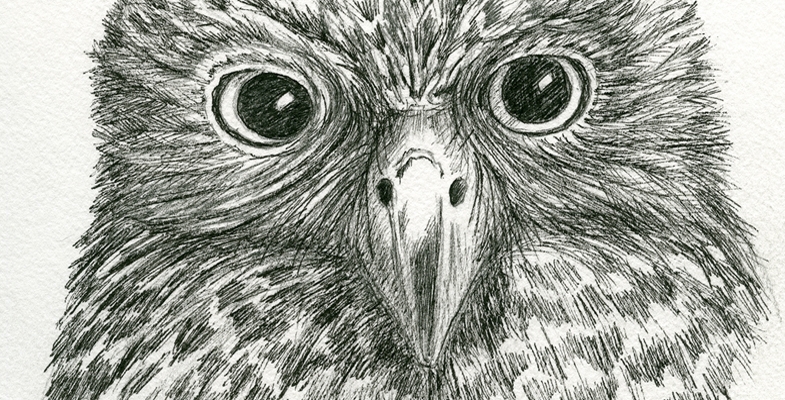 The Powerful Owl is a keystone species of bushland in eastern Australia. The survival of the current population of this top predator is a key factor supporting the maintenance of a balance of fauna species and is an indicator of health in our ecosystems.

The Powerful Owl Project commenced in 2011 and is co-managed by BirdLife Australia’s Birds in Backyards program and the Threatened Bird Network. We reported on the activities of the Project in STEP Matters 169. Sadly, however, unless a new source of funds can be found the funding for this Project will run out on 30 June.

The Project has generated a lot of awareness of the existence of these iconic birds in Sydney’s bushland. One owl even has a Facebook page, Mikey the Owlet who lives in Byles Creek Valley Beecroft.

The objectives of the Project are:

A major report was published in December 2014 but research has continued until now.

A conference was held on 8 June to provide a wrap up of the current data about urban Powerful Owls in the Greater Sydney Basin.

We all want to continue to give Powerful Owls a high profile. STEP and four other conservation groups from northern Sydney have got together to form a coalition with the following aims:

We have produced an information flier that will be distributed throughout local communities.

A detailed paper is being written to provide the latest understanding of the habitat conditions needed for the Powerful Owl’s survival, for breeding and foraging. Information will be tailored for all groups whose activities impact of Powerful Owls such as arborists and planners.

All groups concerned with bushland conservation are invited to join the Powerful Owl Coalition to help spread the word.