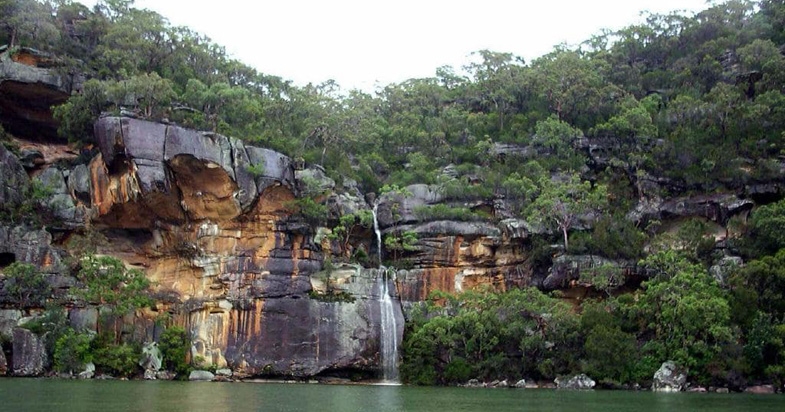 Ku-ring-gai Chase National Park is part of a geographic, geologic and eucalyptus sandstone bushland arc that encircles Sydney. This 12,963 hectare national park is on the Hawkesbury Sandstone Plateau of northern Sydney. It is connected via other national parks to the Greater Blue Mountains World Heritage Area, which in turn is connected to the Royal National Park, south of Sydney.

The Sutherland Shire Environment Centre have been campaigning for the Royal National Park to be World Heritage listed for some time. They argue that the Royal has such cultural heritage importance as it marks the beginning of the global national park movement. The Sutherland Shire Environment Centre even argue that the Royal is the first national park in the world because it was the first to be called The National Park. US’s Yellowstone (1872), used the term ‘national park’ to acknowledge that it was administered by the federal government and not the state government.

Ku-ring-gai Chase National Park is also one of the first national parks in the world to be formed for the intrinsic value of nature. In 1894, it was the second national park declared in NSW. Its corporate seal – Natura Ars Dei or Nature is the Art of God – also expresses a spiritual connection to nature.

Eccleston Du Faur belonged to the 19th century Sydney intelligentsia and cultural elite who supported the creative endeavours of artists and explorers who ‘believed’ in this new land. Although born in England, du Faur was awe struck by the sandstone beauty of the Blue Mountains and Ku-ring-gai Chase. He played a key role in protecting the Blue Mountains’ Grose Valley because he believed it was one of the most beautiful places in the world.

In 1875 he employed the photographer, Joseph Bischoff, to join him, along with artist WC Piguenit, on an expedition to sketch, paint and photograph the Grose Valley, near Govetts Leap Falls. He planned to send Bischoff’s photographs to the 1876 Centenary Exposition in Philadelphia, USA. He wanted the world to see the Blue Mountains because he believed its spectacular scenery was unrivalled and even surpassed Yellowstone National Park in beauty.

Du Faur was also concerned about Sydney’s fastly disappearing wildflowers and made sure the park’s first by-laws had laws against the cutting of wildflowers. Regretfully this was not strong enough to stop the removal of 4000 waratahs, taken in one month in the post WW II years. The Trustees also prohibited the defacement and destruction of Aboriginal rock art sites and middens in the park.

Recently the Friends of Ku-ring-gai Environment (FOKE) have met with STEP to discuss how they can work together in putting forward the claim for World Heritage listing Ku-ring-gai Chase National Park – one of the first national parks in the world.