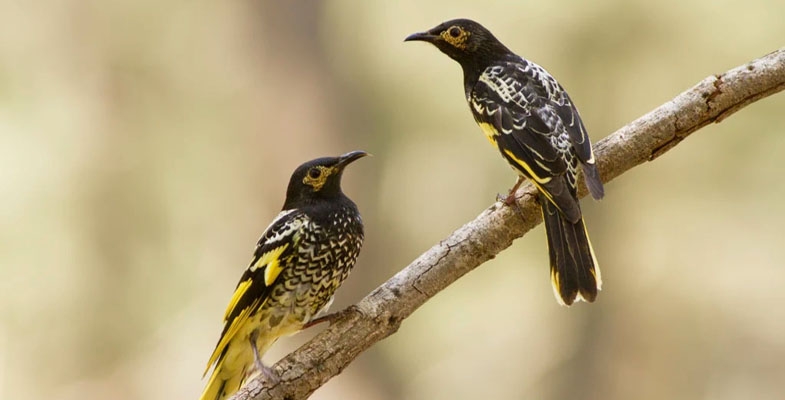 Earlier this week, NSW Environment Minister Matt Kean claimed he was ‘fortressing’ threatened species from extinction within our national parks reserve system. His announcement was to declare 221 areas of threatened species habitat as Assets of Intergenerational Significance (AIS).

Great! Environment groups joined in congratulating Kean on his ‘intergenerational’ vision before looking at it in any detail.

On the day of the announcement, I could find little reference to the exact species or habitats that had been protected. I then asked around my contacts for the ministerial press release. Bingo – a small link in the PDF press release sent me to an online map. It is fair to say, what I stumbled across in that map shocked me.

The most threatened bird species in NSW is the critically endangered Regent Honeyeater. Its habitat in the Burragorang, Capertee and Hunter valleys were not listed as an ‘intergenerational asset’. A curious omission given the $1 million in funding the NSW government has thrown at the species over the past six years.

I then turned my attention to the Blue Mountains, an area where my family has spent decades bushwalking. One of the rarest eucalypt species in the Greater Blue Mountains World Heritage Area, the vulnerable Camden white gum, was also left off the list. There are only two known populations of the species left on the planet. Again, a very strange omission.

Then, in one corner of the Blue Mountains intergenerational asset map, I finally spotted two lesser-known endangered species that had been listed – the Kowmung hakea and Solanum armourense, tenacious little shrubs that grow in the depths of the southern Blue Mountains wilderness. Curiously, only one half of the population for each of these species had been declared an AIS.

I was starting to ask the question. How could such a well-instructed minister simply overlook these species and their known habitats?

It then dawned upon me that these species shared a common fate. Matt Kean’s government plans to flood their World Heritage National Park habitat by raising the Warragamba Dam wall. Indeed, it has been estimated that half the remaining global populations of both the Regent Honeyeater and the Camden White Gum will be drowned by the dam project. And the populations of those little endangered shrubs conveniently left off the intergenerational asset list are also set to go under.

The fact is, Kean has consigned these species to extinction by conveniently forgetting they exist in the very national park he is responsible for. It seems he has handed the control of the Blue Mountains National Park to Stuart Ayres, the Minister for Western Sydney – a man who has claimed the people advocating for the area’s protection in the face of his plans to raise Warragamba Dam wall, such as myself, are engaging in ‘environmental terrorism’.

The environmental movement should be calling out this announcement for the blatant political spin that it is. The devil is always in the detail – and the detail shows Matt Kean is sending some of Australia’s most iconic species towards extinction through what could be called his government’s own form of ‘environmental terrorism’.

This article was published in the Sydney Morning Herald on 10 September and is republished with permission from the author, Rob Pallin. Rob is the chairman of the Paddy Pallin Foundation, a board director of the Colong Foundation for Wilderness and a STEP member.

Click here for a map of AIS. There are some noteworthy species on the list that are to be protected by these AIS declarations.

Will the improvement in numbers in the AIS sites make up for the continuing losses elsewhere?