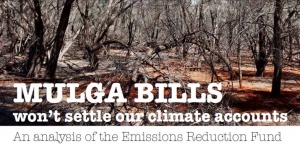 Under the United Nation's climate change agreement Australia’s current greenhouse gas emissions reduction task is to reduce its emissions by 5% below 2000 levels by 2020.