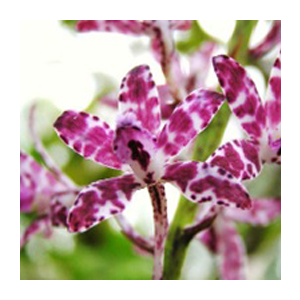 A Win for the Environment but expect Traffic Chaos

The Wahroonga Estate Concept Plan was approved by the NSW Minister of Planning on 31 March 2010. This approval brought to an end a saga that began in early-2007 with an initial submission from the developers that would have seen 2000 new residential dwellings, along with expanded schooling, nursing quarters, commercial and retail developments. It would also have meant a massive loss of bushland and many thousands of additional vehicle movements per day, dumped into an area already suffering from chronic peak time traffic congestion.

STEP was actively involved with this process (see below) which led to a significant reduction in the number of proposed residential dwellings and relocation of parts of the school. The development footprint was also scaled back so that the amount of conservation land was increased from 18 ha to 34 ha.

The Wahroonga Estate contains some magnificent bushland including endangered ecological communities such as Blue Gun High Forest and Sydney Turpentine-Ironbark Forest and it has one of the finest examples of vegetation transition from shale to sandstone in northern Sydney. It is currently being well managed and restored by Wahroonga Waterways Landcare.

Part 3A of the Environmental Planning and Assessment Act

While STEP never had any problem with the hospital expansion plans, we did object to the significant over-development that the project represented for this particular site. Our concerns intensified when the developer, the Johnson Property Group, a major donor to State Labor, had the Minister call the project in under Part 3A of the Environmental Planning and Assessment Act in December 2007. This effectively removed the development from the decision making of the local community, but of course did nothing to remove the consequences of those decisions from having to be borne into the future by the local community.

STEP was appointed to the community reference group which was set up in March 2008 to provide at least the appearance of community consultation on the proposal. The group met five times during the course of the planning stage. STEP and other members of the group worked hard to highlight and identify both the environmental and infrastructural impacts and shortcomings of the various proposals.

This resulted in the matter being referred by the Department of Planning to the Commonwealth Department of the Environment as a ‘controlled action’ in relation to certain critically endangered ecological communities which were on the site.

STEP's detailed fact-based submission to the Department of Planning, was strongly supported by the Nature Conservation Council and the National Parks Association. It was also strengthened by an excellent submission from Ku-ring-gai Council. Both submissions challenged many of the inaccurate representations made in the Concept Plan. The developers were also criticised by the NSW Department of Environment and Climate Change regarding the proposed new school, which was, they said, 'poorly sited and planned'. The plans also attracted 160 local individual submissions from the public, of which over 96% were against the development proceeding.

In the end, these submissions resulted in a number of important changes:

STEP commended both the developer and the SAN for their consideration of the environmental issues involved.