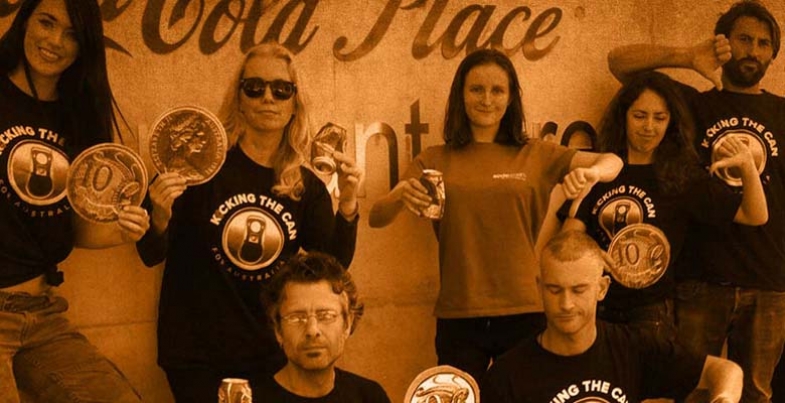 The Boomerang Alliance, a coalition of groups led by the Total Environment Centre, has been campaigning for more than ten years for the introduction of a drink container deposit scheme to reduce the appalling level of litter, especially along our waterways and highways.

Back in December 2014, the NSW Government made an announcement in favour of container deposit legislation that seemed to be consistent with the Boomerang Alliance scheme. This is based on payment of a 10 cent deposit in the purchase price of each container and the use of reverse vending machines to return the deposit.

In February 2015 Cabinet decided that a scheme would be implemented in July 2017. The design would be finalised after consultation with the community and industry during 2016.

A discussion paper has now been released and submissions need to be made by 26 February. Yes, another call for submissions please!

The beverage industry, led by the Australian Food and Grocery Council, has come up with an alternative plan with the trite title from the marketers called Thirst for Good. They are offering $15 million pa to be spent on such activities as:

The group has to publicise the collection and organise to deliver the load to the local council. Sounds like an administration nightmare!

There is no detail on regularity of this work. Who will look after their occupational health and safety? Regular programs would be needed to have any impact.

The industry would empty these bins, a duplication of work already done by councils.

The ‘reward’ for depositing a container would be a chance to win a prize or tickets.

These have been tried before but just don’t seem to be working.

The Boomerang Alliance scheme is based on the principle of a financial incentive of the return of a deposit of 10 cents per container. This type of system has proven to be successful in South Australia, Northern Territory and around the world. It complements council-run kerbside recycling where councils receive the returned deposits and can potentially reduce waste charges. Charities can benefit when consumers agree to donate deposit refunds or donate containers to collection centres.

The NSW Government promised to introduce a world-class scheme. It is important that the beverage industry is not allowed to smother the scheme with a heavy lobbying. So it is important that many submissions are sent in favour of the Boomerang Alliance scheme. Remember the deadline is 26 February.

According to the National Litter Index produced by Keep Australia Beautiful, the NSW litter level is currently around 7 litres per 1000 m2. That is appalling! Premier Baird recently announced his priorities. The only environmental priority is to reduce litter by 40% by 2020. The Boomerang Alliance claims that their scheme could almost achieve this goal on its own as the volume of drink containers in litter is over 40%.

When the O’Farrell Government was elected they produced a 2021 Plan for NSW. This included several environmental priorities. These seem to be have been overwhelmed by development plans.

Governments have been developing strategies to reduce waste for many years. The aim is to reduce natural resource use through reuse of materials such as building demolition waste and recycling. Waste is a major source of greenhouse gas emissions and potential health impacts. Large areas of land are needed for waste processing and landfill.

How are we Going?

The data below comes from the Australian Bureau of Statistics 2013, Waste Account, Australia, Experimental Estimates, Canberra.

From 1997 to 2012 the population rose by 22%, gross value added (a component of gross domestic product) increased by 64% and waste generation in Australia increased by 145%. So we are not going very well!

The ABS found that the supply of waste management services in 2009–10 was worth just over $9.5 billion while income made from waste products was worth over $4.5 billion. Waste is good for the economy, right?

Back in 2001 the NSW Government implemented the Waste Avoidance and Resource Recovery Act and set targets for recycling rates by 2014. The strategy was reviewed in 2014 and new targets set for 2021. The table below shows the history of recycling rates and targets.

The table shows significant progress has been made since 2002 in increasing recycling and diversion rates but there was no hope of meeting the targets set for 2014. There is only five years left to make the objective of further significant improvements.

The strategy also aims to reduce overall waste per capita and reduce illegal dumping by 30% in Sydney, Central Coast, Newcastle and Illawarra over 2011–12 levels.